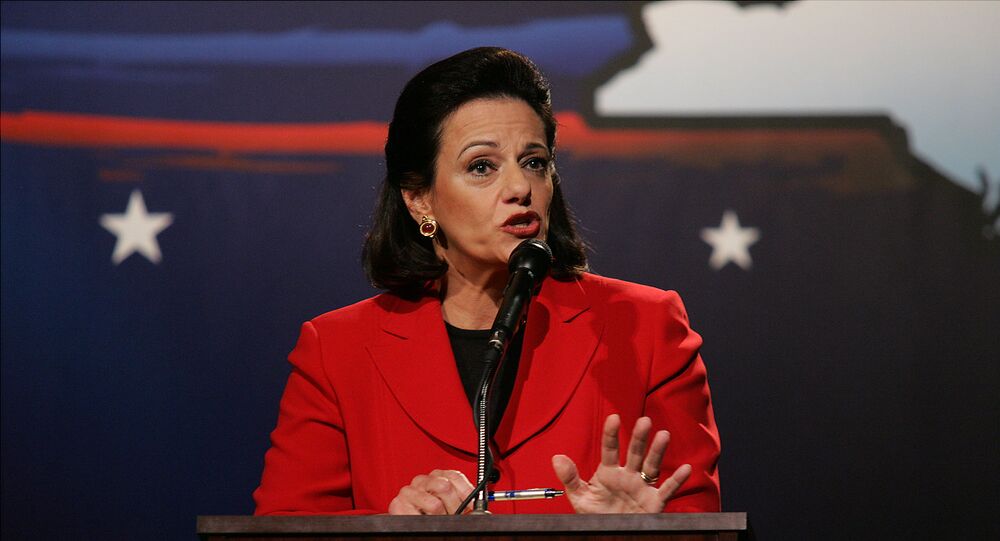 Deputy US National Security Adviser K.T. McFarland has been asked to stay on the job following Monday’s resignation of her boss Michael Flynn, according to published reports on Tuesday.

WASHINGTON (Sputnik) — Flynn announced his resignation on Monday night amid a growing controversy surrounding his conversation with Russian Ambassador to the United States Sergei Kislyak before Trump's inauguration. In his resignation letter, Flynn noted he had not given Vice President Mike Pence complete information about his conversations with Kislyak.

Flynn’s phone talks with Kislyak have raised questions about whether the he broke a law forbidding private US citizens from engaging with foreign nations about diplomatic disputes. Retired Lt. Gen. Joseph Keith Kellogg Jr. has been named acting US national security adviser following Flynn's resignation.

"I just met with the president and he asked that I stay on. I'm thrilled to do so," McFarland said in an interview with The Hill.

McFarland, a former Fox News analyst who served in the US Department of Defense under former President Ronald Reagan, is the No. 2 official on the National Security Council, which advises the US president.

The New York Times reported earlier on Tuesday that McFarland was expected to leave her role due to fallout from Flynn’s resignation.