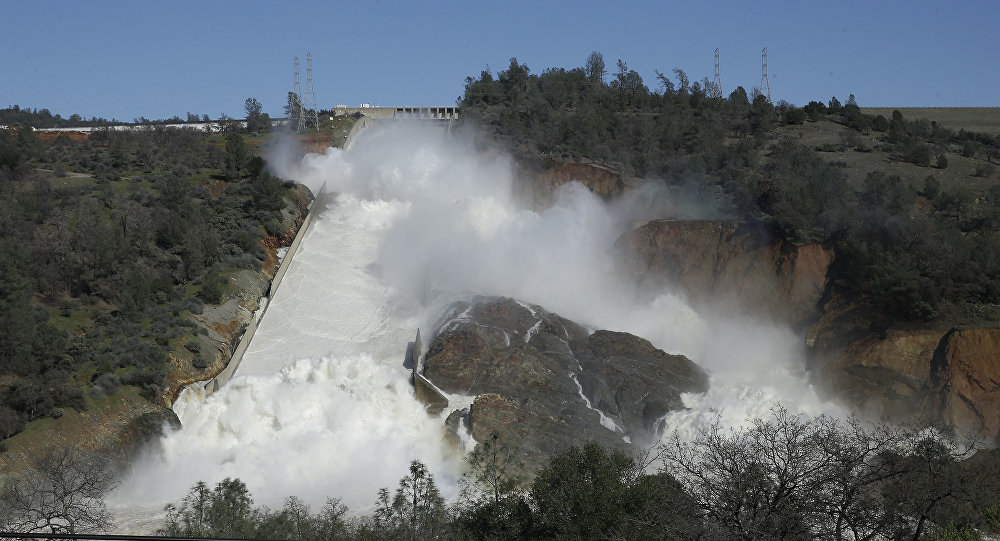 The city of Oroville and all of Yuba County in California have been ordered to evacuate as the Oroville Dam's emergency spillway is predicted to fail imminently.

The combined population of the areas under evacuation would appear to reach nearly 100,000 people. ​The California Department of Water Resources is ordering residents to evacuate northward.

Social media accounts report traffic jams as people try to get out of harm's way. A flash flood warning has been issued and will remain in effect through Monday afternoon, local television stations report.

A government official reported that helicopters will drop off containers filled with rocks to strengthen the emergency spillway.

On Tuesday, a huge hole formed in the spillway of the dam, which officials fear will grow until it hits bedrock. The dam's emergency spillway was then put into use, but severe erosion meant that officials are not sure it will be able to hold. Though officials described the situation as stable as recently as this morning, they are now urging residents in low-lying areas to leave, BNO News reports.

The dam is the nation's tallest, and California's second largest reservoir.