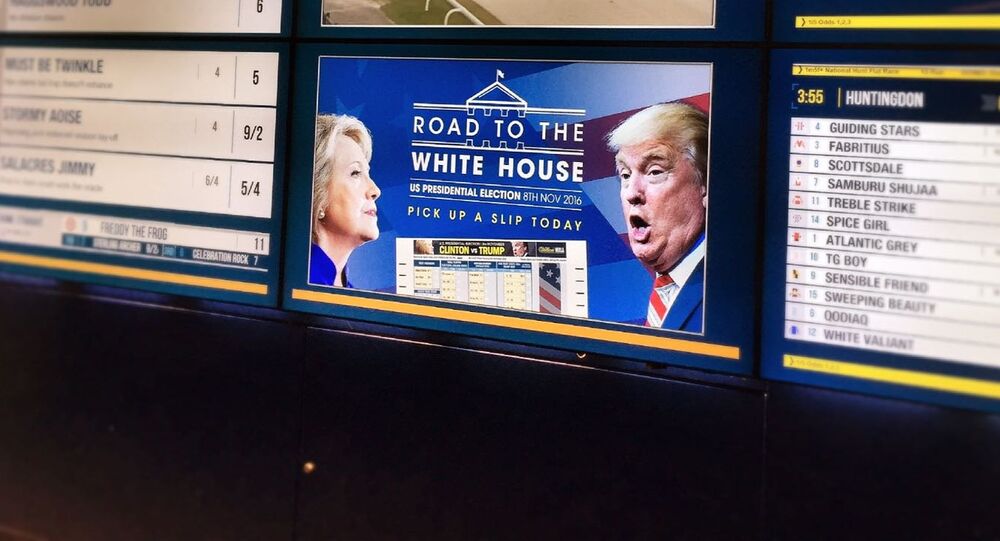 For some, US President Donald Trump is indeed the gift that keeps giving: Having already sparked the biggest ever non-sporting gambling burst by simply running, Trump is now keeping bookmakers busy as gamblers bet on how long he'll last.

Major US magazines are already discussing a Trump impeachment, often over his labyrinthian business networks, which may, by netting him payments from foreign governments, put him in violation of the constitution. But the reasons for his tenure ending are not as important as the simple will-he or won't-he, and the online odds of an impeachment are not as long as one might expect.

British gambling giant Ladbrokes puts Trump's chances of either resigning or being impeached and removed at almost even money — 11 to 10 — Politico reports.

Irish bookmaker PaddyPower puts Trump's odds of being impeached in 2017 at 4 to 1 — the best odds in the four years of his presidency, incidentally: they stretch to 20 to 1 by 2020.

PaddyPower has a whole selection of "Donald Trump Specials" where those who like to try their luck can bet on where his first state visit will be (England is leading with 5 to 1 odds), what country the president will ban next, when exactly White House Press Secretary Sean Spicer will be sacked (the money's on this year), what company will drop Ivanka Trump's brand next and other pressing — and sometimes pornographic — questions.

The betting website has some ground to make up with Trump, after infamously paying nearly $1 million out early to gamblers who'd bet on Hillary Clinton to win, and then having to pay almost $5 million to those who'd bet on the reality TV host.

"We're in the business of making predictions and decided to put our neck on the line by paying out early on Hillary Clinton, but boy did we get it wrong," Paddy Power spokesperson Lewis Davey said at the time.

Online gaming site Bovada offers a more limited array, but bettors can still take a chance on which justice will leave the US Supreme Court next (stay strong, Ruth Bader Ginsburg!) and other issues.

While the hundreds of thousands of dollars being laid on bets about the future of his presidency don't match the "millions and millions" Ladbrokes saw in election bets, Trump is still a rich vein for bookies, Donohue said. There is way more action on his potential downfall than there has been for other recent presidents.

As of February 10, more than half of those polled by Public Policy Polling disapproved of the job Trump was doing as president, and they were evenly split at 46% each as to whether he should be in impeached.

But if last year's election showed anything, it's the fallibility of the standard pollsters and predictors. And so as long as they don't jump the gun like PaddyPower did back in October, Trump could still prove a betting bonanza for big bookmakers.

"Trump's character has captured the imagination of the public," Davey told Politico.

"It's a great thing for betting markets that Donald Trump is president," Donohue concurred.