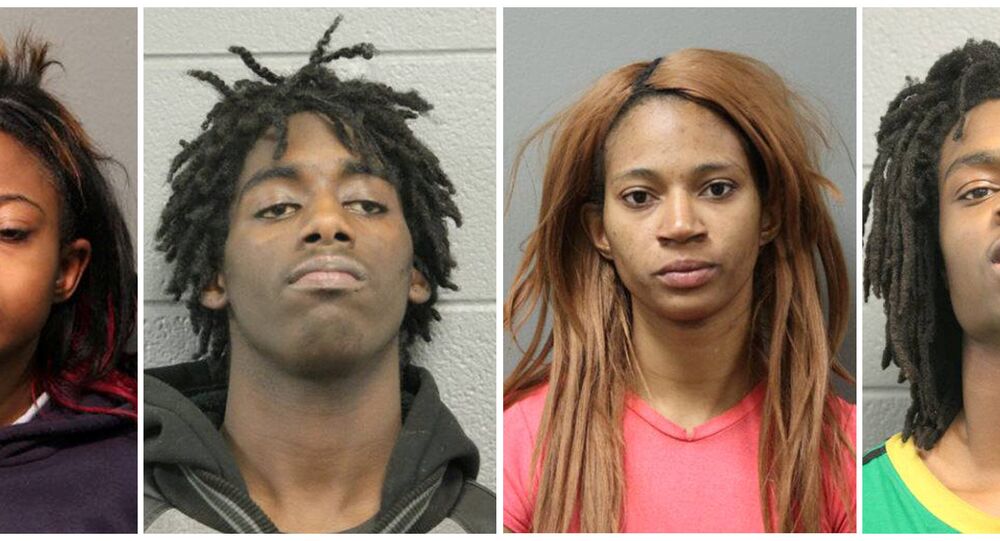 On Friday four African Americans accused of webcasting their kidnap and attack on an 18-year-old disabled white man on Facebook Live pled not guilty in a Chicago court.

Law enforcement described the victim as having "mental health challenges" and the 30-minute brutal video of him being tied up, gagged and beaten was viewed by some 16,000 people on Facebook and shared widely across social media, with some criticising Facebook for not shutting down the feed.

By the time the video was taken down it had already been lifted from Facebook and posted to Youtube.

In the course of the video the foursome made the victim drink toilet water, cut his scalp, and shouted "F**k Donald Trump! Fuck white people!" The victim was made to say "I love black people" and one of his attackers can be heard saying, "I don’t give a f*** if he is schizophrenic."

At their arraignment Friday all four plead not guilty to Cook County Judge William Hooks. Their next court date is March 1.

Authorities say that Jordan Hill was the 18-year-old’s classmate, and met him in late December 2016 at a McDonald’s in a Chicago suburb. The victim joined Hill in a stolen van where they spent the following days sleeping in the vehicle while visiting friends.

Police say that on January 3 a “play fight” in the apartment of the Covington sisters got out of control, leading to the streamed attack. The ruckus prompted neighbors to call the police, who escorted the victim to the hospital after finding him wearing shorts, sandals, and a tank top outside in freezing weather.