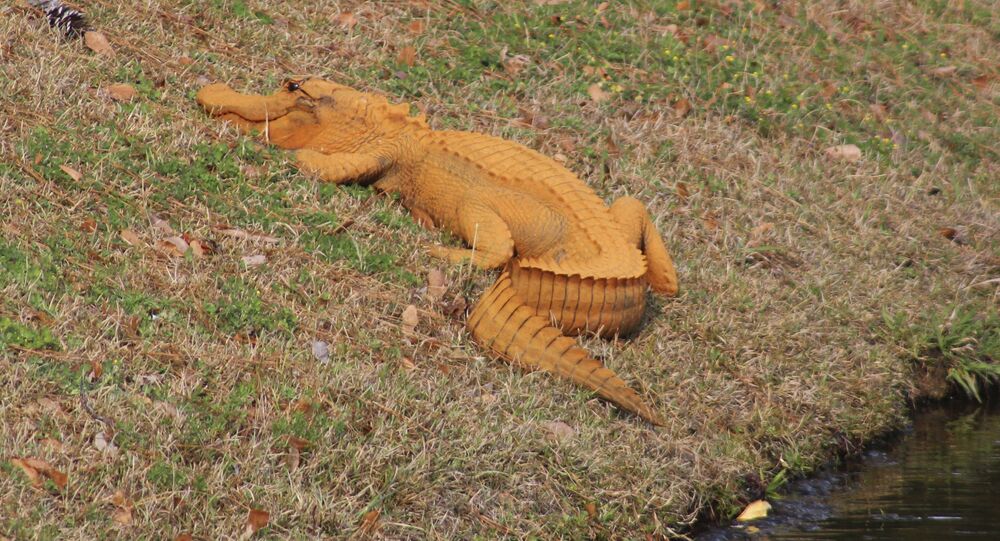 A mysterious bright orange alligator has been spotted by multiple residents of a town near Charleston, South Carolina.

The carrot-colored alligator immediately prompted jokes comparing the ground-hugging reptile to US President Donald Trump, with locals nicknaming it the "Trumpagator.”

Youtube / NewsFunnies
Baby Bites: Tiny Alligator Scares Reporter in TV News Blooper
The nearly five-foot “Trumpagator” resides in a pond in the town of Hanahan, where residents have spotted it multiple times.

Biologists believe that the color is not genetic, but rather a form of staining from rust or clay. The most likely explanation would be that the hue is the result of spending the winter inside something rusty, such as a steel culvert pipe.

"I have no doubt that animal is stained somehow,"  Kent A. Vliet, alligator biologist at the University of Florida, told the Post and Courier newspaper. "He's the color of rust."

Since the color is not genetic, Vliet says that the alligator will return to its normal color after it bathes in clean water or sheds its skin.

"It'll either wash off or leach off in the water," he said.

Watch Out! Another Massive Alligator Takes a Stroll Across a Golf Course