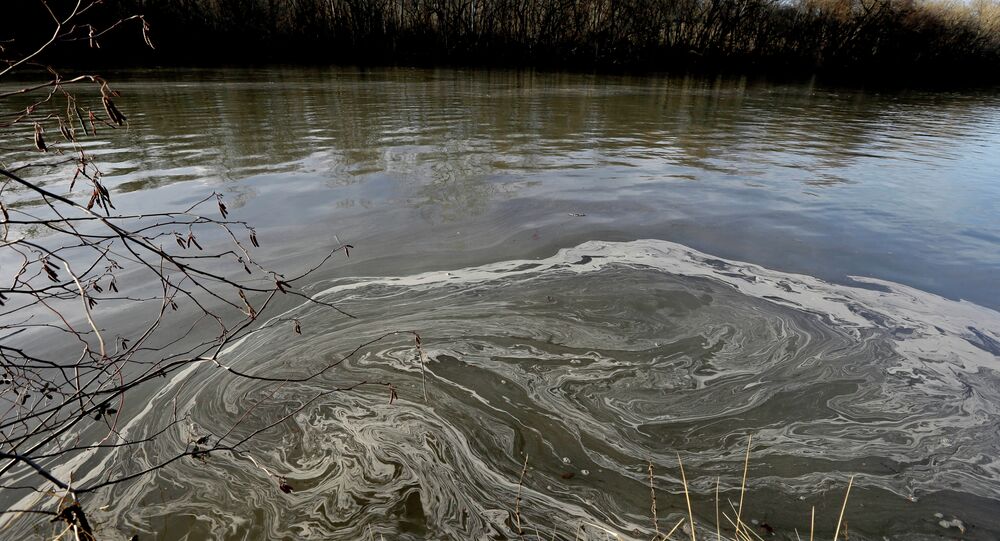 A major emergency is taking place as millions of gallons of untreated raw sewage are being dumped into Puget Sound in the US state of Washington due to an equipment failure, US media reported Thursday.

© Flickr / gregwest98
Rocket Fuel, Toxic Sewage: Pentagon Exposed as Top Waterways Polluter
PORTLAND (Sputnik) — "We had an equipment shutdown that's at the end of the chain in the process, it is responsible for getting all the treated wastewater out to Puget Sound," King County spokeswoman Monica Van der Vieren told KOMO News radio.

Van der Viren explained the sewage was being dumped a quarter of a mile off the shore at a depth of 240 feet with a rate of 440 million gallons in an estimated 24-hour period.

The equipment failure happened at 2:00 a.m. local time (10:00 a.m. GMT) and the authorities are investigation the cause of the failure.

Van der Viren noted that heavy overnight rains and a very high tide have complicated the authorities’ efforts to address the situation.

"This equipment is really critical when we have high tides to get the treated wastewater out to the Sound, and we have extremely high tides and very high flows, but we don't know at this time what happened with the equipment," she stated.

Van der Viren also said that notices have been posted at Discovery Park instructing residents to stay away for at least two days, a period deemed long enough for the bacteria in the untreated sewage to die off.

It is unknown how long the raw sewage will continue to be dumped into Puget Sound, KOMO added.