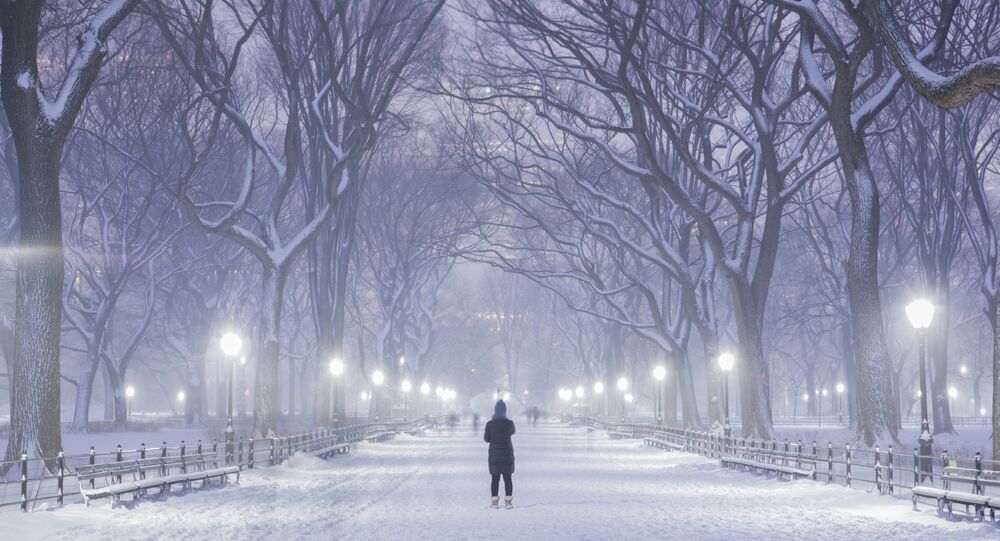 The American northeast has been slammed with a major winter storm. An estimated 3,500 flights have been cancelled and from 6-24 inches of snow are expected to accumulate through Friday morning in the region.

The storm is centered on Long Island Sound, but has spread from Washington DC to Bangor, Maine. New Hampshire, Vermont, Massachusetts, Connecticut, Rhode Island, New Jersey, Delaware, and parts of Pennsylvania and Maryland are affected. In total, some 60-million Americans will suffer from the temporary slowdown.

Airports in New York City, Boston, and Philadelphia have all announced major delays and cancellations. LaGuardia Airport in Queens, New York, has reported that 61 percent of their Thursday flights have been cancelled. Newark airport issued a temporary ground stop, meaning that no plane is allowed to land there for several hours. In addition to the cancellations, around 3,900 flights have been delayed, according to FlightAware.

New York City public transportation is running normally for the most part, and a winter storm warning is in effect. New Jersey Transit announced major train delays and the National Weather Service has warned of dangerous driving conditions in the 300-mile stretch between Philadelphia and Boston.

Public schools in New York, Philadelphia and Boston have been closed, as have state colleges and courts in Connecticut, and non-essential state offices in New Jersey. "This is an unusually fast, intense storm," New York Mayor Bill de Blasio told reporters. "Don't drive your car today… It's very tough conditions out there. Very hard to get around."

Whiteout conditions being reported across much of Long Island along with thunder snow. Town of Seaford seen here.
📷: CM Carlson pic.twitter.com/IlSjRA86hm

The storm has spread as far as Chicago, cancelling a handful of flights from the Windy City.

For New Englanders and Mid-Atlanteans pining for warm weather, there is only bad news. Rain and snow are expected through February into March, without significant warming until late April or May, according to AccuWeather's Paul Pastelok.

Due to the pending nor'easter the Charles River Campus will be closed on Thursday. Full details: https://t.co/oz2fE4nqIK pic.twitter.com/o7T0V4s8HZ

Moscow Airports Cancel Over 100 Flights Due to Blizzard