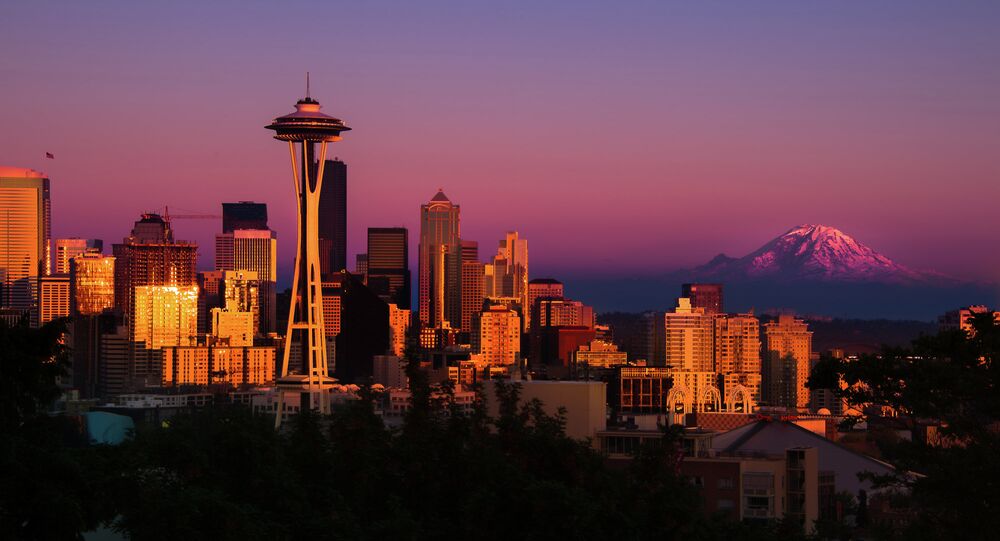 On Tuesday, the Seattle City Council unanimously voted to end their contract with Wells Fargo bank, at the 2018 end of its term, due to $467 million in direct financing provided by the bank as part of its investment in the Dakota Access Pipeline.

© Flickr / TaxCredits.net
Big Banks And The Millennials: Why You Can't Have Nice Things
Seattle is the first major city to protest the controversial pipeline by moving money away from a financial institution. Annually, some $3 billion flows in and out of city bank accounts, and they will now need to identify a new investment strategy by the end of 2018.

Prior to the vote, organizer Rachel Heaton from the Defund DAPL Seattle Action Coalition presented each council member with a rock, a bottle of sacred water, and small amounts of cedar, sage, and lavender, as gifts.

“In our culture, we believe those allies and those people that work with us… we honor them,” Heaton said, according to Seattle Weekly. “Even though I realize the vote hasn’t taken place yet… the fact that we’re standing here and having this conversation shows how far we’ve come. On behalf of the Native American community, we’d like to honor all nine of you today.”

The vote to terminate the city’s investment relationship with the beleaguered bank was expected to pass easily, which it did, resulting in the crowd erupting in cheers of “water is life.”

“What we did today was a great step forward,” Councilmember Mike O’Brien said, after the vote. “We need to continue that, and replace [Wells Fargo] with a bank that shares our values.”

Activists are now urging other cities to follow suit.

The Standing Rock Sioux tribe has been protesting the oil pipeline’s construction since April 2016, asserting that it is destructive to both sacred tribal lands and to the greater environment. The activists refer to themselves as “water protectors” rather than protesters, and have been joined by thousands of people from across the nation.

The 1,160-mile pipeline is intended to transport some 450,000 barrels of oil per day under a large lake, across the Missouri River, and through other sensitive ecological habitats. Opponents note that a leak would be catastrophic for the water supply of millions of people.

On Tuesday, the Army Corps of Engineers notified the US Congress that it intended to grant the final easement required for developers to finish work on building the potentially environmentally-hazardous pipeline on government land in North Dakota.