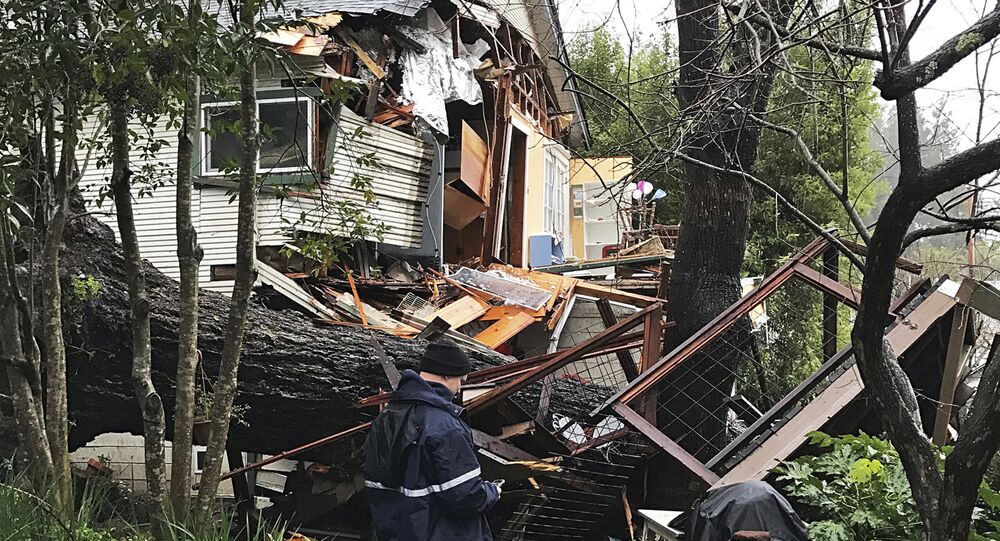 California, a state that has been dealing with a severe drought, now has more water than it can handle -- as relentless rain has maxed out reservoirs in the northern portion of the state, and even caused a spillway to crumble.

On Tuesday, the northern Sierra’s Feather River had so much mountain runoff that officials had to temporarily close it. With 55,000 cubic feet of water rushing down it per second, the concrete on the surface eroded and crumbled.

The rain began in January, with San Francisco experiencing the seventh-wettest January on record.

“I’ve been told that when it’s spilling that much, there’s so much moisture in the air that car engines conk out,” Doug Carlson, a spokesman for the California Department of Water Resources, told the San Francisco Chronicle. “This really shows how much rain we’ve had.”

According to data from the United States Geological Survey, California has a “mega flood” every 100 to 200 years — with the last one in 1862.

​“In 2011, the USGS, along with other agencies, constructed its ‘ARkStorm’ model. It showed potential projected losses of over $700 billion,” CBS San Francisco reports. “Even more troubling is the possibility that 25 percent of all structures in the state could be comprised. Millions of residents could lose their homes.”

There are currently 350,000 people that live in the 100 year floodplain in San Francisco.

Nearly 40 Dead, Over 92,000 Homeless in Niger Amid Flooding, OCHA Says