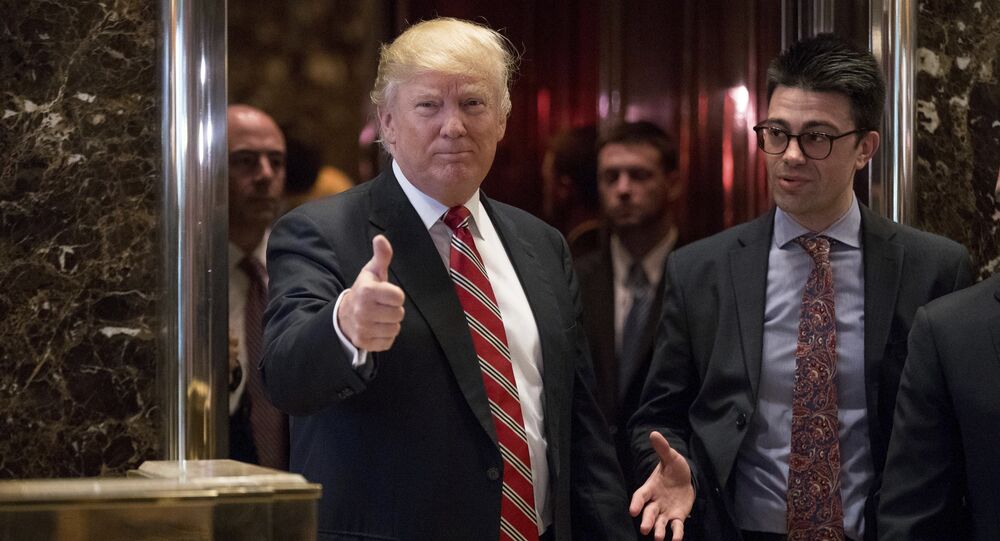 US Will Never Be Safe Without Executive Order on Immigrats - Trump

The United States will never be safe and secure, if the administration does not win court argument over the constitutionality of the temporary immigration ban, US President Donald Trump said on Wednesday.

WASHINGTON (Sputnik) — Trump’s executive order, titled 'Protecting the Nation From Foreign Terrorist Entry into the United States,’ bars travelers from Iran, Iraq, Libya, Somalia, Sudan, Syria and Yemen from entering the US for 90 days. Besides, all refugees are prohibited from entry for 120 days and Syrian asylum-seekers are barred indefinitely.

If the U.S. does not win this case as it so obviously should, we can never have the security and safety to which we are entitled. Politics!

​On Friday, US District Judge James Robart ordered a temporary nationwide halt to the entry ban, siding with the states of Washington and Minnesota that challenged the US federal government over the immigration policy they considered discriminatory and unconstitutional.

The threat from radical Islamic terrorism is very real, just look at what is happening in Europe and the Middle-East. Courts must act fast!

Moreover, US law enforcement advised not to give notice before implementing an executive order barring immigration from seven countries, President Donald Trump told an audience at the Major Cities Police Chiefs Association Conference on Wednesday.

"I said, ‘Let’s give a one-month notice,’" Trump stated. "But the law enforcement people said to me, ‘Oh, you can’t give a notice, because if you give a notice that you’re going to be tough one month from now, or in one week from now…because then people are going to pour in before the toughness.’"