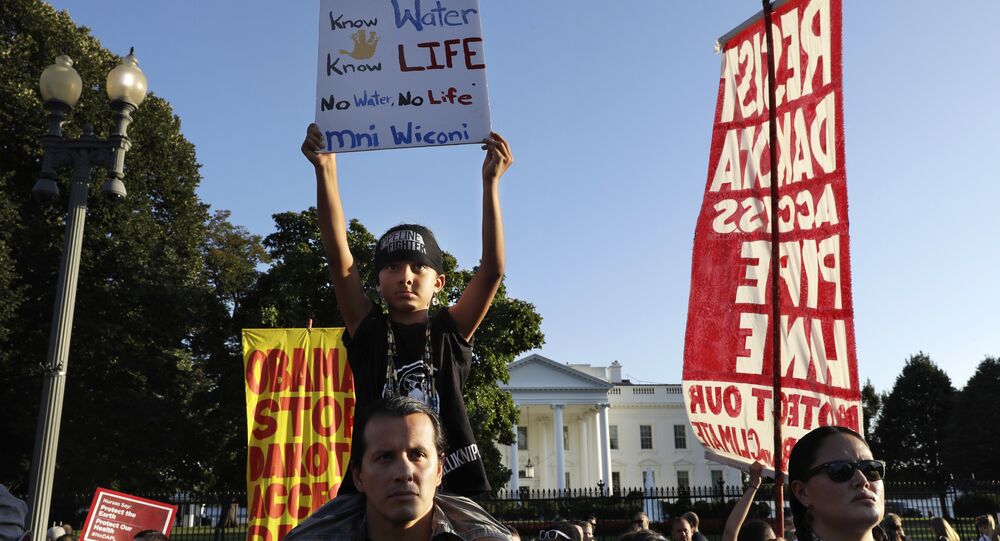 A court filing on Tuesday by the US Army Corps of Engineers has granted the final easement required for developers to finish work on the controversial Dakota Access Pipeline.

© AP Photo / James MacPherson
Military Vets, US Politicians Joining Standing Rock Protest
Construction of the $3.8 billion pipeline, by Energy Transfer Partners, had been delayed due to months of protests by Native American tribes and other activists. The final hurdle for Dakota Access was to obtain a permit to tunnel under Lake Oahe, which is part of the Missouri River.

One of President Donald Trump’s early actions after taking office was issuing an executive order making way for the Keystone XL and Dakota Access Pipelines to be completed.

“With this Presidential Memorandum, President Trump directed the relevant Federal agencies (including the Army Corps of Engineers) to expedite reviews and approvals for the remaining portions of the Dakota Access Pipeline., a $3.8 billion, 1,100-mile pipeline designed to carry around 500,000 barrels per day of crude oil from the Bakken and Three Forks oil production areas in North Dakota to oil markets in the US,” the White House said of the order.

© REUTERS / Amdrew Cullen
#NoDAPL Water Protectors to Police: We Are Not Leaving Despite Eviction Threat
The Standing Rock Sioux tribe is leading the protest of the oil pipeline, pointing out that it is destructive to both sacred lands and to the environment. They refer to themselves as “water protectors” rather than protesters. They have been actively protesting at the encampments since April, and have been joined by thousands of people from across the nation.

Attorneys for the Standing Rock Sioux Tribe, as well as the tribe chairman, are arguing that the US Army Corps of Engineers easement for the pipeline cannot be granted legally.

The tribe has also vowed to shut the pipeline down if it is built.