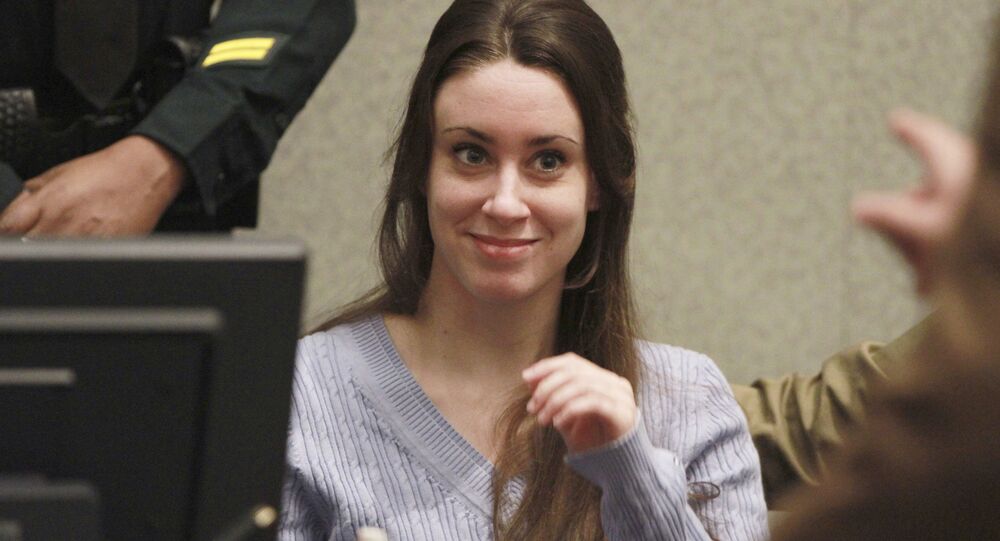 Casey Anthony, perhaps the most hated mother in America, was spotted protesting US President Donald Trump at the Mar-A-Lago resort in Florida on Saturday evening.

Anthony, 30, infamously faced the death penalty after being charged with first-degree murder over the 2008 death of her two-year-old daughter, Caylee Anthony. Despite overwhelming evidence, Anthony was acquitted, sending shockwaves through the nation.

Roughly 3,000 people traveled to the area outside of the Florida resort where Trump hosted a Super Bowl party over the weekend. Anthony, who is seldom seen in public, was wearing a backwards Cleveland Indians baseball hat, glowing bracelets, and was smiling and waving at someone in the crowd when caught on video.

© AFP 2020 / Antoni BELCHI
Anti-Trump Protest Blocks Ambulance Carrying Critical Patient
Anthony, who lived in Orlando when her daughter died, is now said to be living in the West Palm Beach area, near Mar-A-Lago. The protest was organized by South Florida Activism and Women's March Florida PBC. The demonstration was specifically in opposition to Trump’s executive order temporarily limiting immigration from seven predominantly-Muslim nations.

Forensic evidence in the case of the child’s death suggested that Anthony had kept the body of her toddler in the trunk of her car as she went on with her life and spent her nights going out partying at Orlando nightclubs. The tiny body of her child was eventually found in the woods near her home, after Anthony’s mother Cindy called the police and said that her granddaughter had been missing for a month.

Cindy, in her frantic call to 9-1-1, told police that Casey’s car smelled like a “dead body.”

Anthony was sentenced to four-years in prison for giving false information to investigators who were looking for her child, but was released one month after her trial for time served.

When approached by local station WPTV, Anthony declined to comment on camera, but stated that she opposes Trump’s policies.