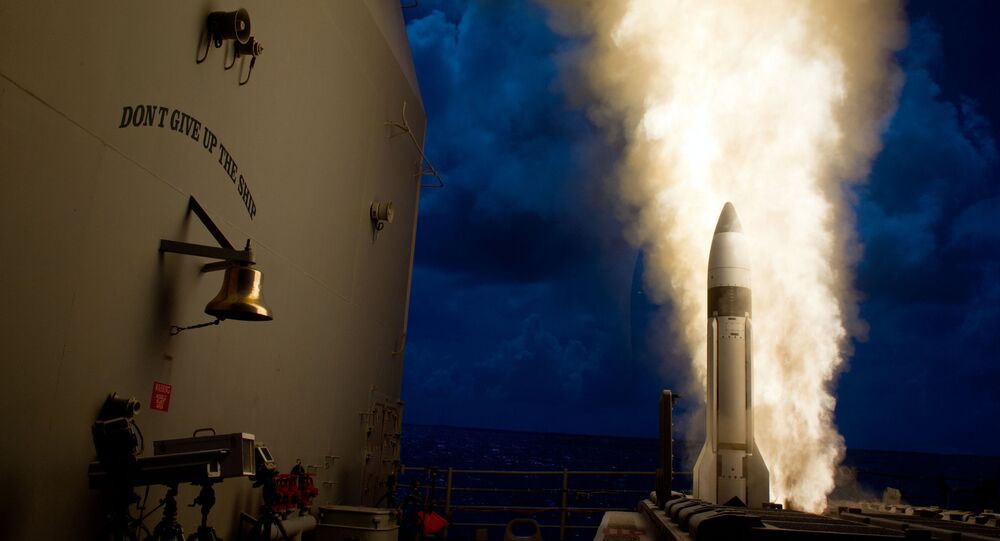 The United States Missile Defense Agency (MDA) has announced the successful completion of SM-3 IIA guided missile that is expected to be deployed by 2020 under the US global missile defense system program.

MOSCOW (Sputnik) — The MDA, a section of the country’s Defense Department, conducted a successful test of its new interceptor missile SM-3IIA, designed to be fired from a site planned by the Department for Poland by 2018, a statement of the MDA said.

The SM-3IIA, a new variant of the SM-3 missile, was fired for the first time in Hawaii late on Friday, a statement published on Saturday said.

The missile was fired from the missile destroyer ship USS John Paul Jones, which tracked and detested the target missile with its onboard equipment, the statement explained, adding that "upon acquiring and tracking the target, the ship launched an SM-3 Block IIA guided missile which intercepted the target".

The missile is slated to be launched from a missile defense site which the Pentagon plans to deploy in Poland by 2018, the statement added.

The SM-3IIA was developed by the United States and Japan in cooperation and is designed to intercept medium- and intermediate-range ballistic missiles.

© AFP 2021 / JANEK SKARZYNSKI
Record Numbers of US Troops Conduct Joint Drills with Poland
The US global missile defense system development program through 2020 is based on a phased approach toward the creation and deployment of a missile defense system. The US has four types of interceptor missile systems: short-range, medium-range, intermediate-range and intercontinental. Since all missiles are different, the US missile defense complex is a multilevel system of defense against different types of missiles (by speed, size, and so on).

The first deputy chief of the Main Operational Directorate of the Russian General Staff Lt.Gen. Viktor Poznikhir objected to the development of the program, saying the "US missile defense system is posing a threat to the free use of outer space by any country."

Poznikhir also said that the deployment of the global missile defense network by the United States is not linked to Iran or North Korea, but aims to gain strategic superiority over Russia and China.