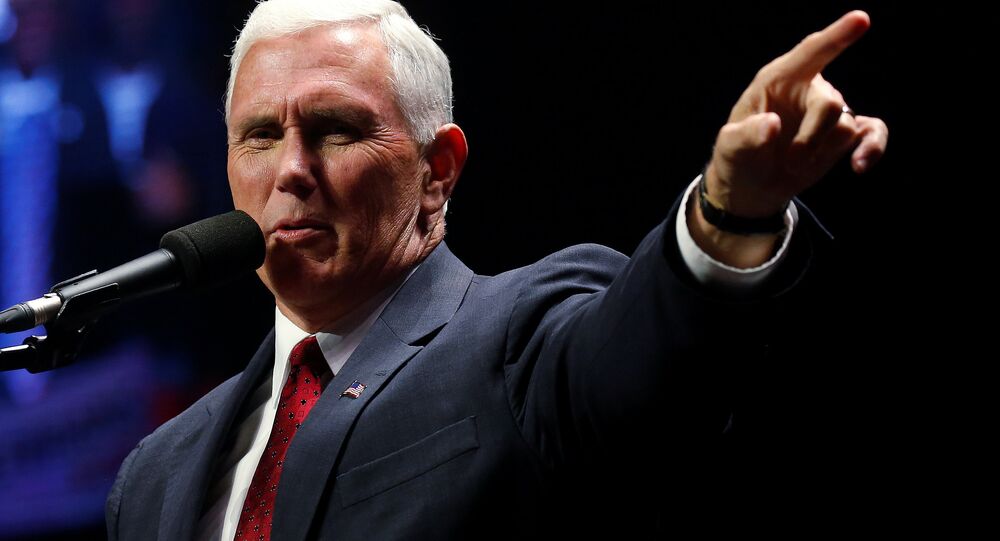 Both US President Donald Trump and US Vice President Mike Pence will exert all necessary efforts to ensure that Neil Gorsuch, the presidential pick to fill the vacant Supreme Court seat, becomes the associate justice of the court, Pence said Saturday.

WASHINGTON (Sputnik) — On Tuesday, Trump picked Gorsuch, who worked as a judge with the US Federal Court of Appeals, to fill the seat with the US Supreme Court. The seat has been left empty after the death of Justice Antonin Scalia in 2016.

He added that Gorsuch was one of the most qualified nominees for the seat in the Supreme Court in the country's history and called for opponents of the appointment to refrain from attempts to block the approval in the Senate they had already promised to take.

"This seat does not belong to any party or any ideology interest group, this seat on the Supreme Court belongs to the American people, and the American people deserve a vote on the floor of the United States Senate," Pence added.

The vacant Supreme Court seat has been a bone of contention between the representatives of the two major US parties following the death of Scalia in early 2016.

Trump, GOP Align Over Gorsuch Pick; Trump Takes On Australia
In March 2016, former President Barack Obama nominated Merrick Garland to fill the empty Supreme Court seat. However, Senate Republicans obstructed the nomination because it would have altered the balance of the court and hoped a Republican president would succeed Obama and name the replacement.

Throughout his election campaign Trump had promised to select a Justice in the conservative tradition of the late Scalia who died a year ago after serving on the court for almost three decades.

Gorsuch was born and raised in Colorado. He attended Columbia University and Harvard Law School and received his doctorate from Oxford University. He still faces confirmation hearings in the Republican-controlled US Senate.