A significant portion of the quarter of a million new jobs created by the US economy in January 2017 were generated by the optimistic spirit in the United States caused by fresh leadership, President Donald Trump said in his weekly address.

WASHINGTON (Sputnik) — The figure was more than 80,000 greater than the 156,000 jobs that were added in December 2016, the last full month of previous president Barack Obama’s eight years in office, the president said.

“The January employment report shows that the private sector added 237,000 jobs last month,” Trump said on Friday. “A lot of that has to do with the spirit our country now has.”

Trump said the spurt in job creation was unexpected.

“Job growth far surpassed expectations in January, and the labor force participation also grew, so you can be encouraged about the progress of our economy. It’s going to be a whole new ball game,” he said. 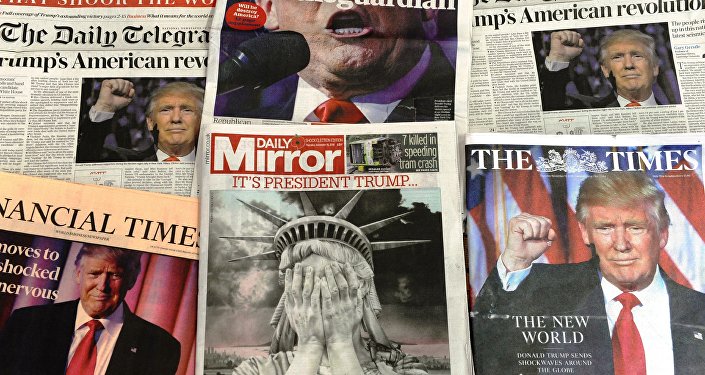 © AFP 2019 / Benjamin Fathers
Trump's 'America First' Policy Thwarts India's Job Plan
Trump made job creation for Americans a key point in his election campaign. During a recent meeting with business leaders, the President announced that his administration would provide preferences for companies that locate their production inside the US and hire Americans. In particular, the president said he would impose harsh import taxes on US companies that move production abroad and hire foreigners.

Six States in Trump Immigration Order Account for 900,000 US Entries Since 2006