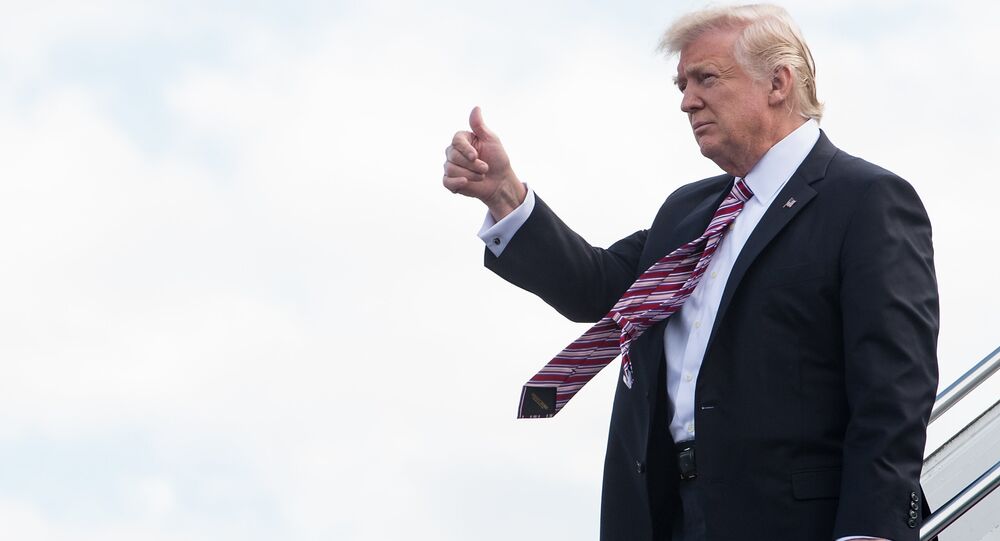 After being “put on notice” by the US, Iran faces new economic sanctions following claims by Washington that Tehran’s recent ballistic missile tests are in violation of UN regulations.

Radio Sputnik’s Loud & Clear speaks with Phil Wilayto, from the Campaign Against Sanctions and Military Intervention in Iran, about US-Iran relations and how President Donald Trump’s cavalier approach to foreign policy may have dangerous consequences.

​Host Brian Becker pointed out that some top White House officials have taken a hard line against a US-led nuclear accord with Iran, and asked Wilayto if the White House would attempt to dismantle the deal by provoking Iran, instead of terminating it outright.

"The United States cannot unilaterally dismantle or end the accord," Wilayto said, explaining that the US is but one signatory of the landmark 2015 agreement, along with the other permanent members of the UN Security Council and Germany.

"The United States can end its participation in that accord…but that does not mean the other signatories to that accord would go along with that. In fact, France now is stepping up its economic ties with Iran and [will] probably step in and try to benefit economically from that."

Wilayto suggested that Trump’s stance is part of a pattern of knee-jerk reactions that the President has shown in his short time in office, as exemplified by the recent immigration ban.

"The problem is, Trump apparently doesn’t sit down with his close advisers to work out a cohesive plan and then bring it out in an organized way," he offered, "What he just did with the ban on people coming from seven predominantly Muslim countries, apparently, was not shared with other cabinet members, or national security advisors, or the incoming secretary of state. It was rolled out in an imperial way, without it being well thought out…I think that confusion, and the inability for anyone to predict what [Trump will do] creates an extremely dangerous situation."

Becker highlighted a Trump tweet on Thursday that claimed, "Iran was on its last legs and ready to collapse until the U.S. came along and gave it a life-line in the form of the Iran Deal: $150 billion."

Wilayto pointed out that Trump’s narrative is identical to that promulgated by the far right after the accord was ratified, "So it’s just a cut and paste comment on Trump’s part."

He added, "Iran was hurting for the actions but it was far from on its knees, that’s just not true. The real reason for the accord is that the United States was overextended in military action with Afghanistan and Iraq, and other countries, both overtly and covertly."