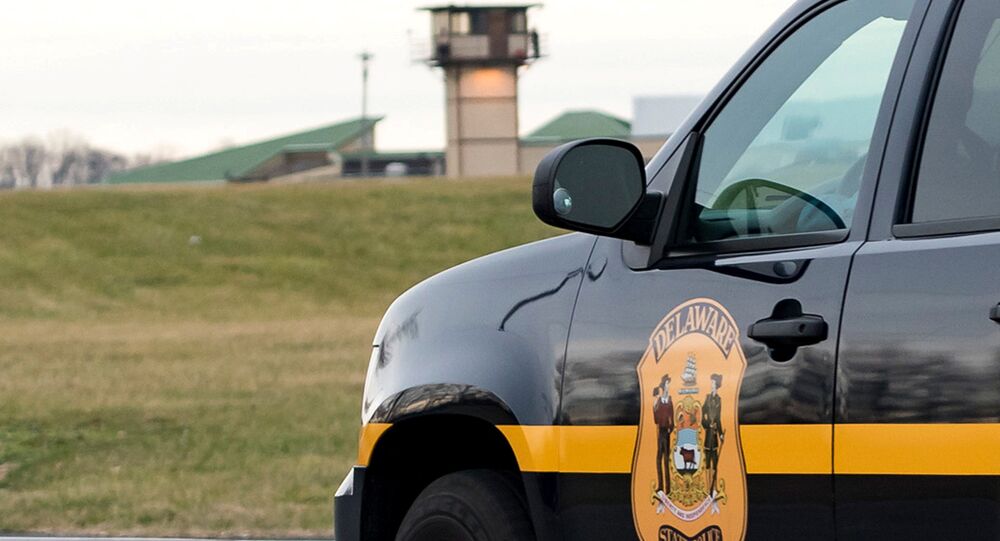 A nearly 20-hour hostage situation at a Delaware prison has ended with four prison officials retrieved, but a fifth, who was unconscious when a rescue team found him, did not survive.

The situation began on Wednesday morning shortly after 10 a.m. at the James T. Vaughn Correctional Center in Smyrna, Delaware. Inmates took over one of the buildings, prompting a lockdown of every prison in the state.

Sergeant Steven Floyd, 47, a 16-year veteran of the Department of Corrections was found later, unresponsive, and was subsequently pronounced dead. While the cause of death is unclear, one of the men claiming to be a hostage told a local newspaper in a phone call that an officer had been stabbed.

© Flickr / trconrad2001
Guards Taken Hostage at Delaware Prison
During the phone call, the man listed demands, involving prison reforms, also citing the election of President Donald Trump as one of the reasons for the violence.

“Donald Trump, everything that he did, all the things that he’s doing now…We know that the institution’s gonna change for the worse,” the man told the newspaper.

Another official from the prison, who was also held hostage, was protected by inmates who shielded her from being attacked.

Hostage negotiators worked with the FBI to persuade the prisoners to free two of the hostages on Wednesday, one of whom was reportedly hospitalized with non-life threatening injuries.

"Our priority now will be to determine what happened and how this happened… and we will make whatever changes are necessary to ensure nothing like it ever happens again," Carney said.

Inmates used metal lockers filled with water to block entrances, making it more difficult for police to retake the building. The C building, where the situation occurred, houses 120 inmates, all of whom are currently considered suspects in the violence. The C building houses inmates that are being moved from maximum security to lower security units.

All inmates have been removed from the building and placed in other units, while investigators comb through the scene.