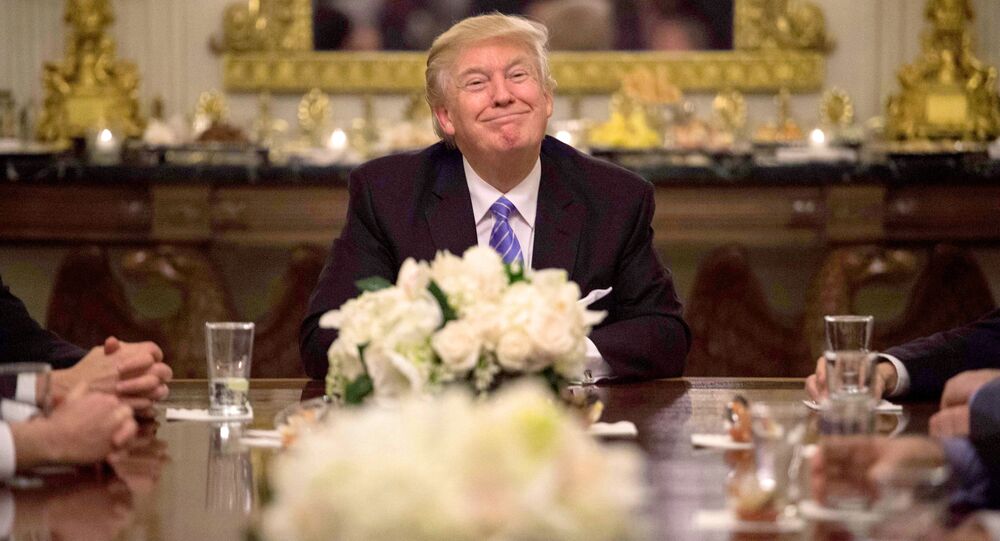 US President Donald Trump is defending his executive order on immigration by asserting that it will ensure religious freedom and tolerance in the nation.

During a prayer breakfast with leaders, including King Abdullah of Jordan, Trump asserted that temporary restrictions until proper vetting can be enacted will “prevent a beachhead of intolerance” from sweeping through the nation.

"The world is in trouble, but we're going to straighten it out, OK? That's what I do — I fix things," Trump said in a speech at the event.

The President added that, "we're taken advantage of by every nation in the world virtually. It's not going to happen anymore."

He explained that his order will ensure that people entering the nation share US values, including the right to religious liberty.

"Our nation has the most generous immigration system in the world. There are those who would exploit that generosity to undermine the values that we hold so dear," Trump said. "There are those who would seek to enter our country for the purpose of spreading violence, or oppressing other people based upon their faith or their lifestyle — not right. We will not allow a beachhead of intolerance to spread in our nation.”

The White House clarified on Wednesday that the 90-day immigration pause on entering the US that is being applied to seven predominantly-Muslim nations will not impact legal permanent residents or green-card holders.

Trump 'Shouldn't Be Accused of Racism' Because of His Immigration Order