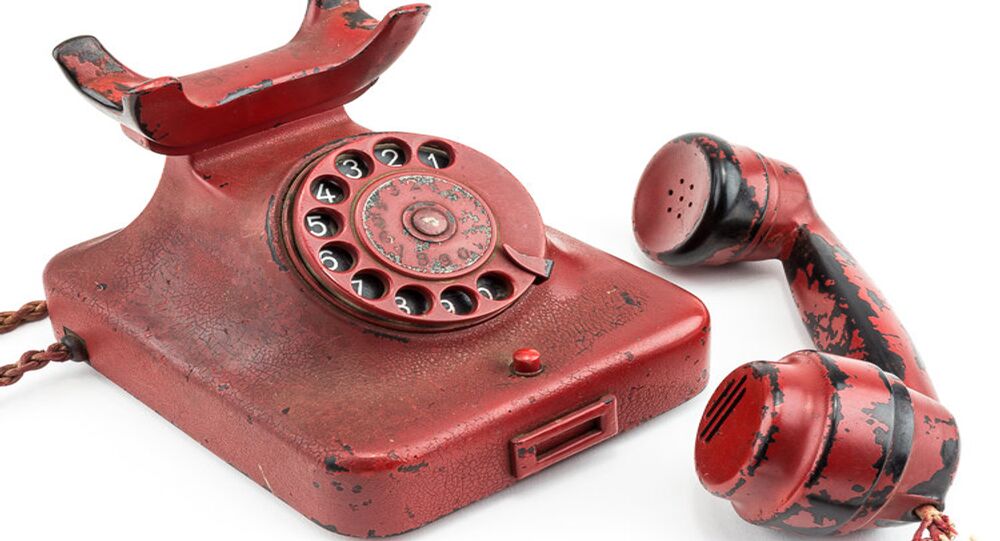 A few hundred-thousand dollars may be sufficient to acquire one of Adolf Hitler’s most lethal ‘weapons,’ in the form of a personal telephone used to order millions of killings worldwide.

A Maryland-based auctioneer, Alexander Historical Auctions, has placed Hitler’s phone on the market. The phone was given to the Nazi leader by the German firm Siemens, with ‘ADOLF HITLER’ and a swastika inscribed on the device.

The phone has been consigned by a descendent of Sir Ralph Rayner, a former MP in Britain. On the day following Nazi Germany’s May 5th, 1945, surrender, Rayner was sent to Berlin on a diplomatic mission to form a line of contact with Russia. Rayner was “very likely the first non-Soviet victor” to enter Berlin, according to the auctioneer, and declined a proposal made by the Russians to accept a phone used by Eva Braun, Hitler’s mistress and eventual wife, as it was black and Rayner’s favorite color was red. The Russian hosts were delighted to offer Rayner a red phone instead, the one used by the Führer himself, which Rayner graciously received.

"This was a mobile phone that was moved around," said Andreas Kornfield, manager of international client relations, to Sputnik News. "It was presented to him by Siemens," he said, as an "early model, state-of-the-art presentation to the dictator. "It’s a one of a kind item," Kornfield continued.

At the time, Siemens, like any for-profit company, sought to "cover their bases" from a market perspective, consequently currying favor with Hitler’s regime by "presenting this phone as a gift."

The German-made phone is thought to still be operational, although it is not clear whether anyone has tried. As long as one is using an analog phone line, "technically, I see no reason you couldn’t use it," Kornfield said. "Just like you can use an old radio" following refurbishments by high-end collectors, "you can probably use an old phone like this," the art dealer noted. "But I doubt anyone would actually use it," he said, laughing.

The buyer will be a history-loving, relic-aficionado, or possibly a well-funded museum. Kornfield’s firm estimates that the artifact will fetch $200,000 to $300,000. A buyer, "someone who is very interested in preserving parts of history," could also donate the artifact to a German history museum.