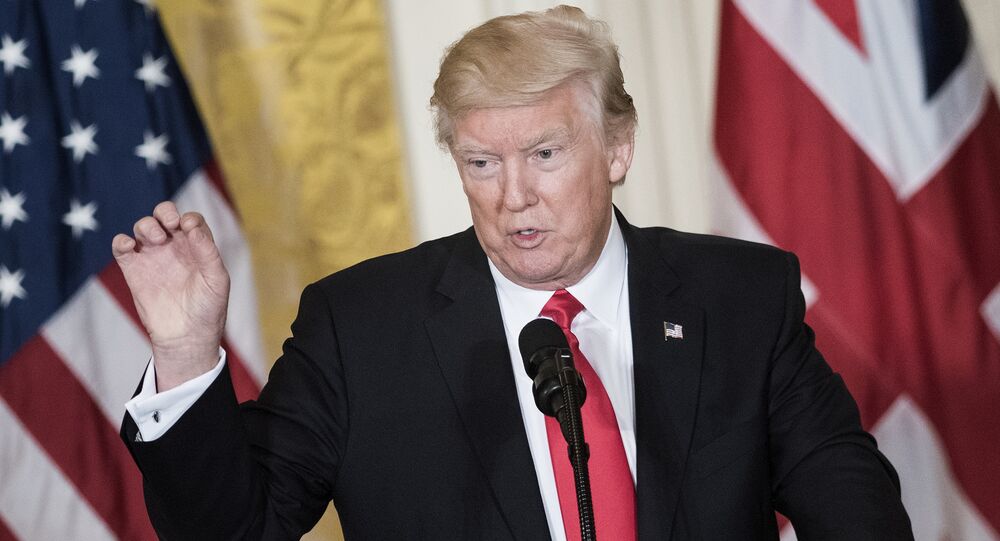 Trump: 'Nothing Off the Table' On Iran

US President Donald Trump declared in response to Iran's recent ballistic missile test that no option including the military is "off the table."

Trump was asked by reporters Thursday what he might do after recent Iranian missile tests and the sea-strike by Houthi rebels against a Saudi ship in the Red Sea. While Flynn did not specify what exactly was entailed by the warning to "put Iran on notice," Trump confirmed Thursday that anything is possible. "Nothing is off the table," the President said when pressed on whether a military option hasn't been considered.

Retired Gen. Flynn called out Iran for its "destabilizing behavior" and said that Trump has "severely criticized" the Obama's nuclear arms deal with Tehran. The National Security adviser hinted that "Iran is now feeling emboldened" due to "weak and ineffective" negotiations with Iran. Trump is contemplating "a whole range of options," including harsher economic sanctions, an administration official said.

A top Ayatollah aide slammed the “inexperienced” US President over “useless” threats issued by National Security Adviser Michael Flynn on Wednesday. Flynn made a highly unusual appearance at the White House media briefing to "put the Iran on notice."

​“This is not the first time an inexperienced person has threatened Iran,” said Ali Akbar Velayati, senior adviser to Grand Ayatollah Sayyed Ali Khamenei. Tehran has continued testing nuclear-capable missiles despite the nuclear arms deal signed between Iran and the US, China, France, the UK, Russia, and Germany.

German newspaper, Die Welt, wrote on Thursday that Iran tested another cruise missile, the "Sumar," in addition to a medium-range cruise missile tested on Sunday. Die Welt received the details from undisclosed Germany intelligence operatives. A US official has confirmed that Sunday's missile launch traveled some 630 miles before exploding. Iranian defense officials said the test was a success.

Tehran does not need a license from "any country to defend itself," Velayati said. "The American government will understand that threatening Iran is useless," he noted.

On January 20, the White House updated its website to indicate that a "state-of-the-art" missile defense system for adversaries Iran and North Korea would be a top priority for the Trump administration. As part of Trump's promise to put  "America first," the US will "pursue the highest level of military readiness," the White House said. America will need "every asset at its disposal" to fulfill Trump's vow that "We cannot allow other nations to surpass our military capability."