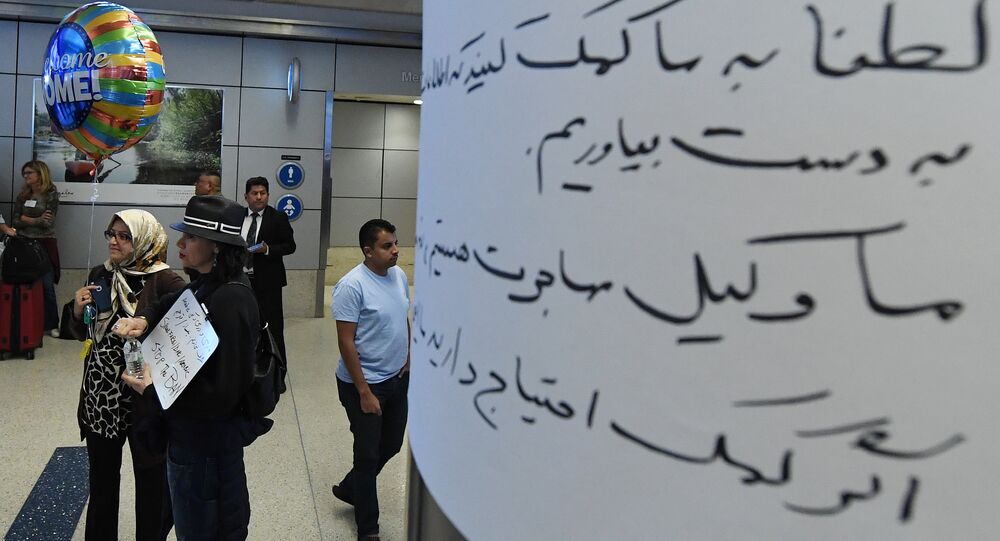 President Donald Trump's executive order temporarily banning refugees from entering the United States is the worst foreign policy decision since the one to invade Iraq in 2003, US Independent Senator Angus King said in an interview on Monday.

WASHINGTON (Sputnik) — King noted that the goal of Daesh terrorist group is to drive a wedge between peaceful Muslims and the West, which is what Trump's executive order is effectively accomplishing.

"This is probably the worst foreign policy decision since the invasion of Iraq," King told CNN's New Day. "What it's done is played right into ISIS's [Daesh's] hands."

© AP Photo / Jim Cole
Muslims Not Targeted in Trump's Immigration Order - US Presidential Adviser
The Americans fighting with Muslim troops in Iraq are also in a more dangerous spot because of Trump's executive order, King added.

Trump signed an executive order on Friday blocking all refugees from coming to the United States for 120 days and suspending entry for nationals of Iran, Iraq, Syria, Yemen, Sudan, Libya and Somalia for 90 days.