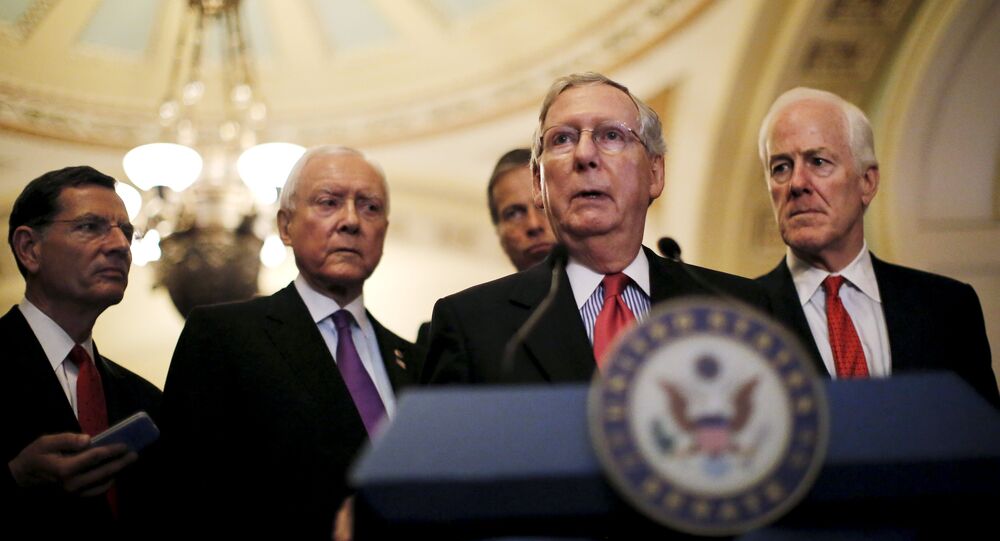 WASHINGTON (Sputnik) — In a statement on Monday, McConnell said that coal communities were "unfairly targeted by the Obama Administration as part of its 'War on Coal'."

“One of the first regulations we’re working to address is the so-called ‘Stream Buffer Rule,’ a harmful regulation put into place by the Obama Administration at the 11th hour," the released stated on Monday.

McConnell noted the House of Representatives would act on its own version of this Congressional Review Act resolution, and he urged his colleagues to pass the measure.

In December 2016, Obama placed new restrictions on coal mining in designated areas in order to keep the waterways clean. US senators argued that the new guidelines gave federal regulatory agencies more authority to increase the coat of production and use of coal.