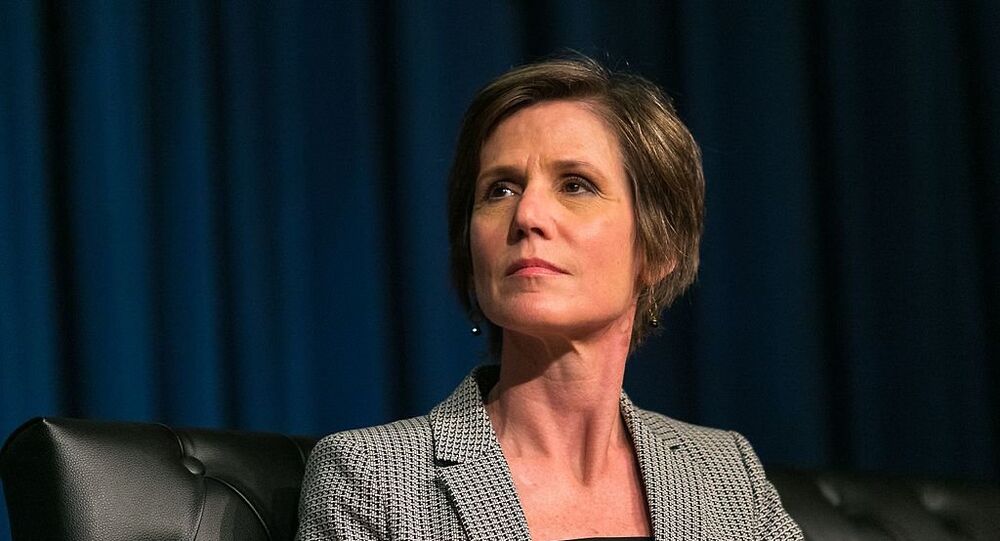 US President Donald Trump fired on Monday US Acting Attorney General Sally Yates for refusing to enforce his order suspending immigration from seven Muslim-majority nations, the White House said in a press release.

Following the move, Trump terminated Yates, whom he inherited from President Barack Obama.

“The acting Attorney-General Sally Yates has betrayed the Department of Justice by refusing to enforce a legal order designed to protect the citizens of the United States,” the release stated on Monday.

“I am honored to serve President Trump in this role until Senator Sessions is confirmed. I will defend and enforce the laws of our country to ensure that our people and our nation are protected,” Boente said in the statement.