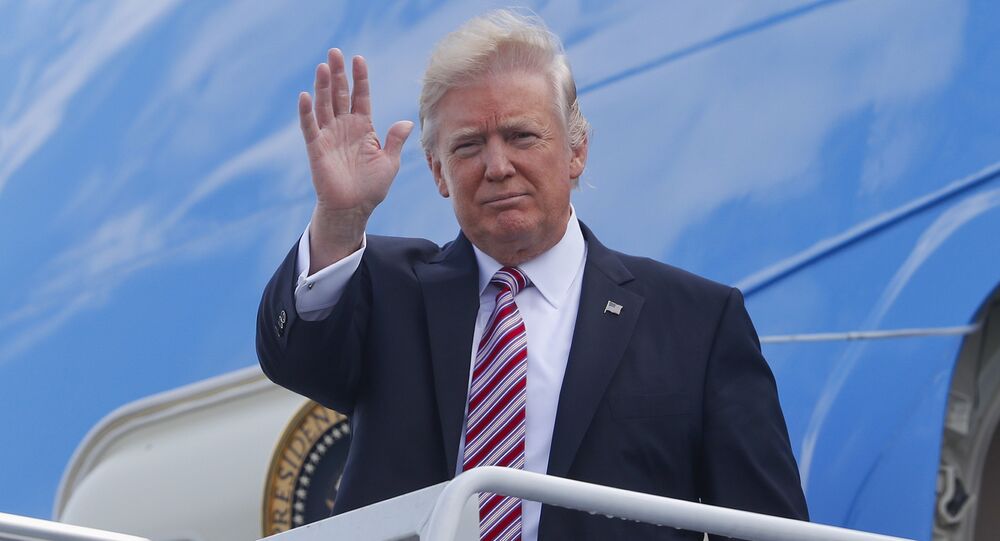 US President Donald Trump’s executive order temporarily suspending immigration into the United States from seven Muslim-majority nations has ended the normal conduct of political affairs in the US Congress, Senator Elizabeth Warren told a rally.

© Wikipedia
Acting US Attorney General Won’t Defend Trump’s Executive Order on Refugees, Cites Constitutional Concerns
WASHINGTON (Sputnik) — Trump signed on January 27 an executive order "Protecting The Nation From Foreign Terrorist Entry Into The United States" to block all refugees from coming to into the United States for 120 days, indefinitely suspended the entry for Syrian refugees and restricted immigration from Iran, Iraq, Libya, Somalia, Sudan and Yemen.

Warren, who has been suggested in many US media reports as a possible presidential candidate for the Democratic Party in 2020, claimed that Trump’s executive order issued on Friday was illegal, unconstitutional and immoral.

Senator Bernie Sanders, who challenged Hillary Clinton for the 2016 Democratic presidential nomination told the rally that Trump’s immigration order had made the United States less safe and gave political ammunition to jihadists all around the world.