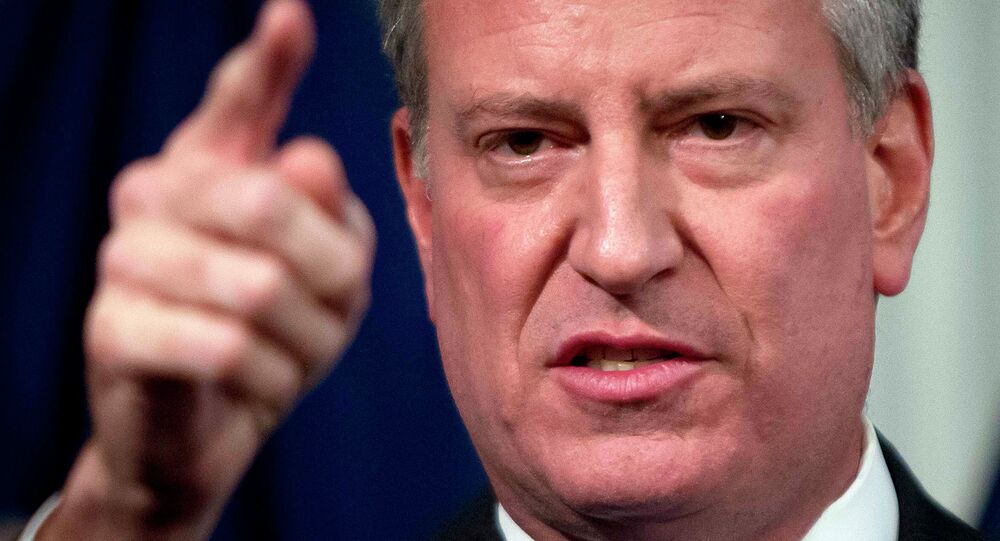 New York Mayor Pushes Ahead to Raise Taxes on Millionaires

Mayor Bill de Blasio said in a testimony on Monday that New York City will attempt to raise taxes on the wealthy residing there given the anticipated federal tax breaks for that category of citizens by US President Donald Trump.

NEW YORK (Sputnik) — The mayor argued imposing additional local and state taxes on individuals and households whose net worth is expressed in millions of dollars would tackle widespread income inequality.

"We also know that the wealthiest among us have every reason to expect a major new tax break at the federal level given the proposals already put forward by President Trump and Congress," de Blasio stated. "We think in light of [that fact] it’s time that they pay their share of the state and local taxes. So I join the Senate Assembly majority’s push to extend and deepen the millionaire’s tax."

© Sputnik
Obama: Stark Inequality in Economy Corrosive to US Democracy
De Blasio expressed hope that New York State authorities will support his efforts and raise taxes on the wealthy on the state level as he has no jurisdiction to do so.

Inequality of Opportunity Lower in Post-Communist States Than in US, Report Says