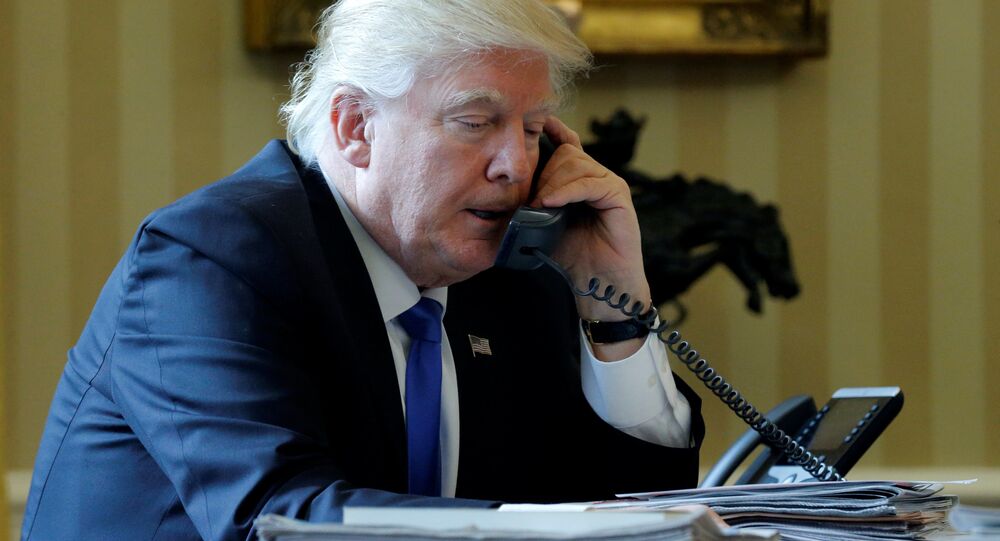 The hacking group Anonymous on Friday published a tweet with an attached screenshot explaining how to break into US President Donald Trump’s insecure smartphone.

Trump, who is believed to have benefited the most from the leaks, earlier claimed that the reason the DNC was prone to hacking was the body's "gross negligence" and lack of proper security.

However, the notorious Anonymous insists that the president may himself is easy target and that no special skills are required to hack into the old Android-based smartphone he refuses to give up, even after becoming president.

The hackers explained in a tweet that because Trump's Samsung Galaxy S3 based on Android 4.4 OS, it is susceptible to the Android bug called Stagefright, as the phone doesn't meet current-day security requirements.

To run Stagefright on the victim's phone, a hacker needs to send a specially crafted MMS message containing an.MP4 file. MMS files are automatically downloaded when an Android device is connected to the internet, and once the download is complete, the hacker will be able to execute harmful codes on the phone and compromise sensitive data. He can then delete the MMS without the victim noticing.

Anonymous has repeatedly tweeted against Trump and warned that it will be targeting him.