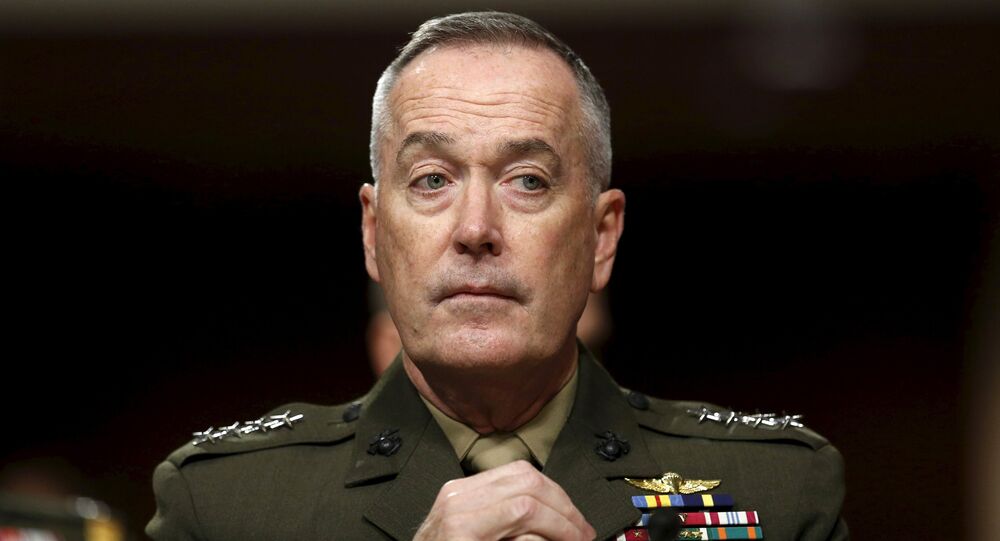 White House Press Secretary Sean Spicer dismissed on Monday the notion that the chairman of the Joint Chiefs of Staff and the director of National Intelligence (DNI) have been downgraded in their positions at the US National Security Council (NSC).

WASHINGTON (Sputnik) — Earlier in the day, Defense Department spokesman Jeff Davis said the chairman of the Joint Chiefs of Staff Gen. Joseph Dunford will continue to serve as senior military adviser at the NSC. Davis also noted that there has not been any change in the role of the chairman in 16 years.

"The idea that the chairman of the Joint Chiefs of Staff and the DNI are being downgraded or removed is utter nonsense. They are at every NSC meeting and are welcome to attend the principles’ meetings as well," Spicer stated.

The press secretary claimed that a memorandum on the NSC restructuring issued by the White House over the weekend has been misinterpreted to include the alleged downgrading of the DNI and chairman of the Joint Chiefs of Staff.

© AP Photo / Evan Vucci
US Lawmaker Says Congress Will Question National Security Council After Shake-Up
Spicer said the memorandum states the DNI and Joint Chiefs chair are not required to attend principles committee meetings, which exclude the president, and are outside their scope.

"They are not required, but welcomed to be in attendance," Spicer noted.

On Saturday, Trump signed an executive order to reorganize the NSC and added White House chief strategist Steve Bannon as its permanent member.

The media has since reported that the executive order downgraded the DNI and chairman of the Joint Chiefs of Staff.