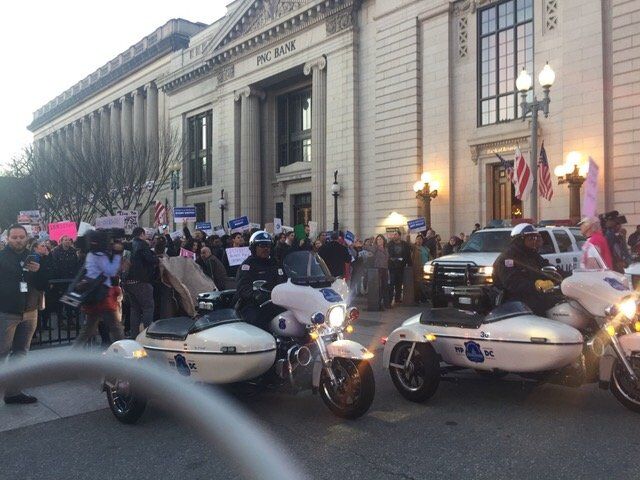 From Boston to Los Angeles, Americans are again in the streets in fury over the new president's suspension of the country's refugee resettlement program and ban on allowing nationals from seven Muslim countries to enter the US.

Chanting that Muslims and immigrants are welcome in the US, crowds filled Boston's Copley Square, Los Angeles international airport, Philadelphia International Airport and other sites in the country.

Some 12,000 people registered as intending to attend the Boston rally on a Facebook page for the event, and what is being estimated as tens of thousands showed up to fill the city's Copley Square. The Council on American-Islamic Relations (CAIR) was a major driving force in the event, and Boston Mayor Marty Walsh and Senator Elizabeth Warren both addressed the crowds Sunday. Democratic Senator Ed Markey, was also present at the protest.

At LAX, protests are just getting started in the Tom Bradley international terminal, but already there are hundreds, the LA Times reports. Among them are Shay Soltani, a network engineer who left the country of her birth after the Iranian Revolution but still has family there. Now, she's not sure when she'll be able to see them again.

"I am so hurt by this," she said. "He is against freedom of speech and the Constitution and everything I believe in as an American," she told the LA Times.

A large protest is underway in Washington, DC.

Trump's executive order halting the US Syrian refugee resettlement program, temporarily suspending any refugee acceptances for four months and banning nationals from Iran, Iraq, Libya, Somalia, Sudan, Syria and Yemen from entering the country, even with valid visas, was only issued Friday.

Over barely 48 hours, thousands of Americans have thronged to airports and streets in protest, the ACLU has filed and won a stay to prevent refugees from being deported from American airports, and business are stepping up to offer services to stranded refugees.