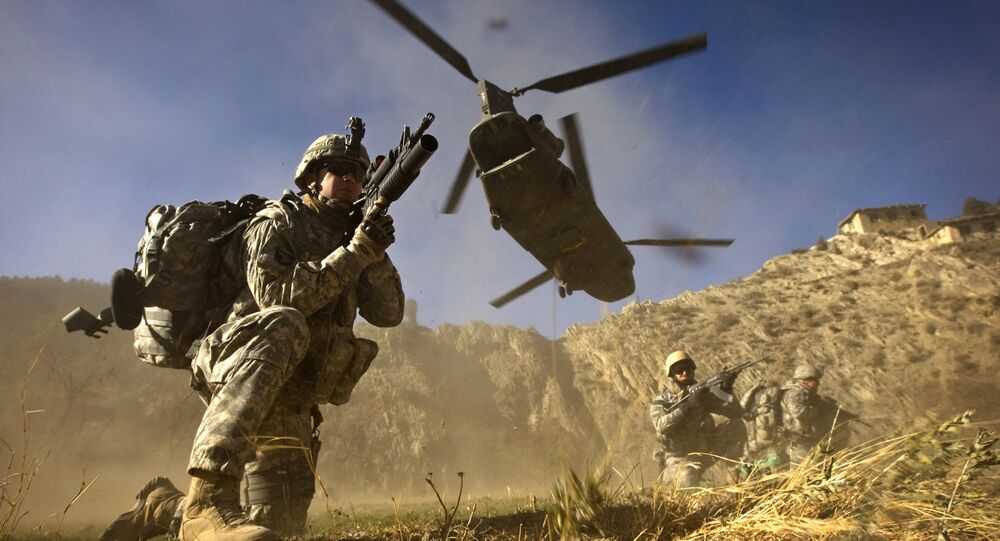 Commenting on President Trump's executive order on Friday to launch what he called a “great rebuilding of the Armed Forces,” Russian defense analyst Igor Korotchenko told Sputnik that the move demonstrates that the new US president is paying considerable attention to military might in his foreign policy.

© AFP 2021 / VANO SHLAMOV
'Great Rebuilding' of US Armed Forces Reflects 'Distrust in NATO'
On Friday, President Trump made his first visit to the Pentagon since his inauguration on January 20. There he announced his intention to launch what he called a "great rebuilding" of the US Armed Forces.

Commenting on the announced move, Russian defense analyst Igor Korotchenko, chief editor of the Russian magazine National Defense told Sputnik that the 45th US president's foreign policy will be based on a strong military backbone.

"It signifies that the role of the military factor is going to increase, including the strengthening of the anti-missile defense," he told Sputnik.

"It goes to demonstrate to what emphasis the new US leader is paying to using force for securing the national interests of the US," the defense analyst added.

He further recalled that during his electoral campaign Trump has promised strong armed forces for the US and the increase of the US' global influenced backed by its military might.

Korotchenko also suggested that the proposed steps will mean a reevaluation of the condition of the country's nuclear forces potentially leading to the development of new strategic bombers and new intercontinental ballistic missiles down the road.

© AP Photo / Evan Vucci
America First: Trump Spends First Days in Office Undoing Obama's Legacy
"Such plans exist, and they will certainly appear before the new defense secretary for him to act upon," he said.

Meanwhile, he also noted that the US' priority nevertheless will lie on the achievement of the agreements on the joint settlement of the Syrian conflict.

"In any case, we are expecting the continuation of negotiations [between Russia, US]. The top priority for Russia is the achievement of political and military agreements on Syria and the further joint fight against international terrorism," the expert said.

On Friday, President Trump said that he and his team are developing a plan "for new planes, new ships, new resources, and new tools for our men and women in uniform."

He also announced that his new order was signed "to ensure the sacrifices of the US military are supported by the actions of the US government."

© REUTERS / Muhammad Hamed
Real Reason Why Obama Was Not as Eager as Trump to 'Knock the Hell Out of Daesh'
Within 60 days, Mattis must also submit a plan to Trump to improve the overall readiness of the military by fiscal 2019. It will focus on everything from maintenance backlogs to the availability of training ranges and manpower shortages, as well as the time needed to coordinate and carry out military training.

The order also calls for a review to "reduce commitments not directly related to the highest priority operations to make resources available for training and maintenance."

Trump also called for reviews of the US military’s nuclear arsenal and its ballistic missile defense, two critical areas which suffered considerably under the Obama administration.

Cuba Embargo: Why US Foreign Policy 'Doesn't Have to Be Consistent'

Tillerson: US Should Use Sanctions, Aid as Foreign Policy ‘Instruments'