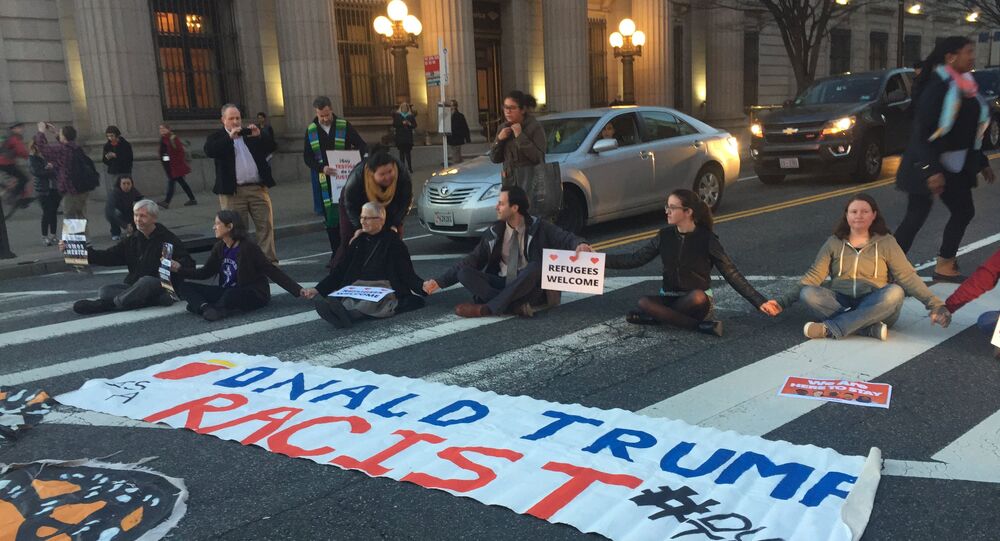 The American Civil Liberties Union (ACLU) filed a lawsuit the morning of January 28 on behalf of two Iraqi men caught up in the new US ban on immigrants from seven countries, as other nations spoke critically of the sharp new immigration restrictions.

"President Trump's war on equality is already taking a terrible human toll. This ban cannot be allowed to continue," said Omar Jadwat, director of the ACLU's Immigrants' Rights Project, in a story on the organization's website.

The lawsuit names President Trump himself, the US Department of Homeland Security, US Customs and Border Protection, and a number of individuals managing those departments. The refugees are represented by The ACLU, the International Refugee Assistance Project at the Urban Justice Center, the National Immigration Law Center, Yale Law School's Jerome N. Frank Legal Services Organization and the firm Kilpatrick Townsend & Stockton.

Hameed Khalid Darweesh was traveling on an Iraqi special Immigrant Visa and had worked as an electrical engineer and contractor for the US government for seven years, as well as as an interpreter for US forces in Iraq. Because he was en route to the US when the ban came into effect, he was detained at New York's JFK Airport while it was determined whether he could be allowed to enter or not.

Muslims from Iran, Iraq, Libya, Somalia, Sudan, Syria and Yemen are all temporarily banned from entering the United States, even if they hold valid visas or green cards.

Haider Sameer Abdulkhaleq Alshawi, had been granted a Follow to Join Visa, and was on his way to join his wife and seven-year-old son, who are legal permanent residents of the US, the ACLU reports. He, too, was detained. Darweesh was allowed into the United States earlier today after being detained for about 19 hours, the New York Times reports; Alshawi remains in detention, solely because of the new executive order, according to airport officials.

Ten other appear to be in detention at JFK Airport and scores more around the country.

​​Demonstrations are underway at airports around the US as protesters demand refugees and legal immigrants be allowed into the country.

At a joint press conference in Paris the same day, French Foreign Minister Jean-Marc Ayrault and German Minister for Foreign Affairs Sigmar Gabriel said the West is united by the principle of loving one's neighbors.

"Welcoming refugees who flee war and oppression is part of our duty," he commented.

"The United States is a country where Christian traditions have an important meaning. Loving your neighbor is a major Christian value, and that includes helping people," said Gabriel. "I think that is what unites us in the West, and I think that is what we want to make clear to the Americans."

Germany has taken in over 1 million refugees, mostly from Syria, in the past two years.