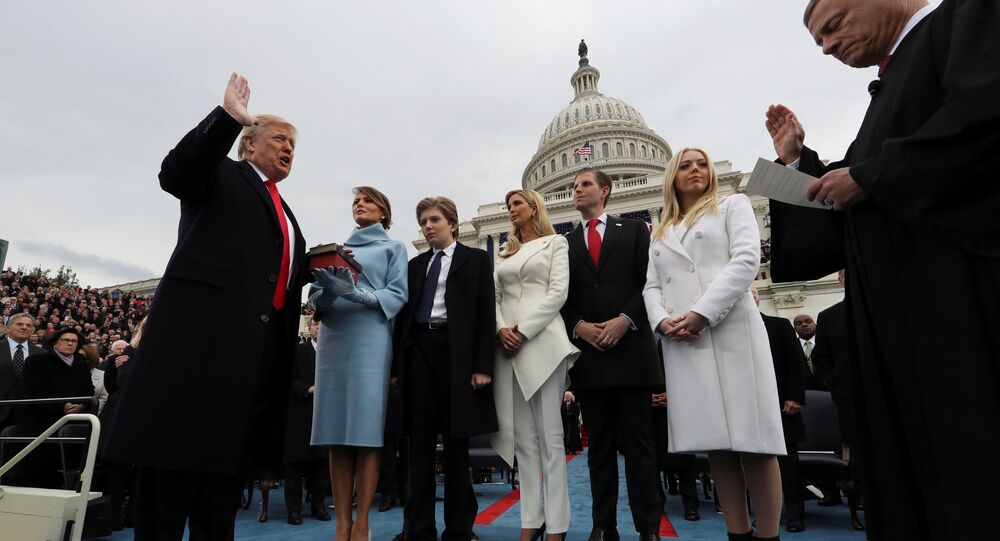 The day after a somewhat underwhelming crowd at Donald Trump’s inauguration, the President requested a phone call with the National Park Service to verify claims that it was, in US Press Secretary Sean Spicer’s words, “the largest audience to ever witness an inauguration, period.”

Local Washington DC residents had noted that the Metro was much less crowded than during President Obama’s 2008 inauguration, the first swearing in of an African-American president in US history. Even outspoken Trump supporters told Spuntik News that the streets seemed markedly more crowded at the Women’s March than at the previous day’s inauguration. The amount of Metro riders during last Friday’s inauguration was actually lower than a typical weekday in America’s capital, the Washington Metro authority has pointed out.

But Trump wanted to get to the source. Saturday morning, National Park Service director Michael Reynolds was told by the White House that the new US President wanted to chat.

After being contacted by the White House, Reynolds was told to dial into a secure number. From there he was put on hold while awaiting the President. According to individuals with knowledge of the conversation, Trump was displeased that the agency’s Twitter account retweeted a picture showing that President Trump’s inaugural crowd was rather pedestrian compared to President Obama’s inaugural in 2009.

Reynolds sent photos to the White House but reports suggest that none of the visual evidence warranted Trump’s claim at CIA headquarters that "it looked like a million, a million-and-a-half people."

Later on Saturday, Trump went to Langley, Virginia, to address the CIA, as is customary for new presidents. He continued to propagate the falsehood, even though visual evidence clearly disproved his claims. "It’s a lie," Trump said of the media coverage indicating that Obama’s 2009 crowd was larger than Trump’s. "We caught [the media]. We caught them in a beauty," he declared.

© AFP 2021 / ERIC PIERMONT
Is There Anything He Doesn't Fund? Soros Closely Connected to DC Women's March

As Spicer said on Trump’s first full day as president, the Park Service, which is responsible for the National Mall in Washington DC, does not estimate or release estimates of crowd sizes. Nonetheless, "experts…have estimated that the 2017 turnout was no more than a third the size of Obama’s eight years earlier," the National Post noted.

Trump has made at least one legitimate point that media outlets have failed to investigate. The widely-circulated photo juxtaposing Trump and Obama’s crowd does not indicate a timestamp. In an interview Wednesday, Trump noted the “unflattering” pictures were “taken early.” Indeed, the AP photos may or may not have been taken at the moment of each President’s swearing-in, although media outlets reported as if this was the case.