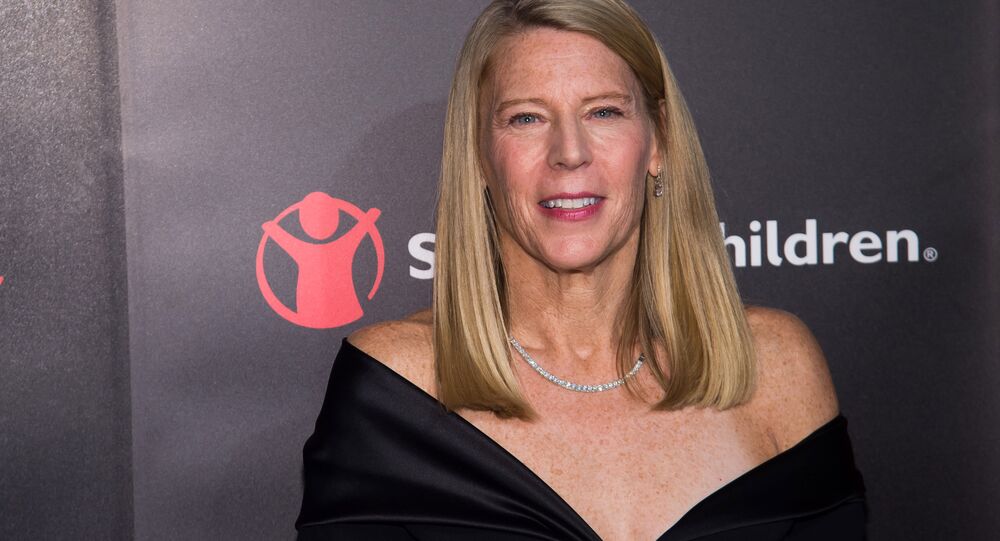 Save the Children Charity Urges US to Share Responsibility, Accept Refugees

Carolyn Miles, President & CEO of Save the Children USA said that the refugee resettlement program is a vital way of saving refugee lives, while the current extensive vetting process makes it safe for the United States.

© AP Photo / Rick Rycroft
US to Resettle Refugees From Australia’s Island Camps
MOSCOW (Sputnik) — The United States should take the lead in providing refuge to those in need, and not turn their back on those fleeing their countries, as recent US government action regarding refugee resettlement appears to do, Carolyn Miles, President & CEO of Save the Children USA stated on Friday.

On Wednesday, US President Donald Trump spoke to employees at the Department of Homeland Security, that is responsible for immigration, and signed orders restricting refugee entry and resettlement, as well as visas and immigration, thus implementing his flagship campaign pledge.

"Now is not the time to turn our back on these families, or our core American values, by banning refugees…. The United States should continue to show leadership and share in our global responsibility to provide refuge to the most vulnerable, regardless of religion or nationality," Miles said, as quoted in an official statement.

Miles stressed that the refugee resettlement program is a vital way of saving refugee lives, while the current extensive vetting process makes it safe for the United States.

© AFP 2020 / EWEL SAMAD
US to Continue Welcoming Syrian Refugees Despite Meeting 10,000 Goal
She added that "Save the Children takes no issue with proposals to further perfect the vetting process to protect our nation’s safety, but we must remember that resettling refugees reinforces our security by supporting key allies that are disproportionately affected by forced displacement."

Refugees hoping to be resettled in the United States undergo interviews, security screening by multiple US agencies and a vetting process by the United Nations High Commissioner for Refugees, prior to being approved.

Throughout his presidential campaign, Trump repeatedly promised to crack down on illegal immigration, enforce border protection and strengthen national security. He also vowed to cease the program allowing resettlement, under which, former US President Barack Obama agreed to accept up to 110,000 refugees into the United States in 2017.

US to Resettle Refugees From Australia’s Island Camps