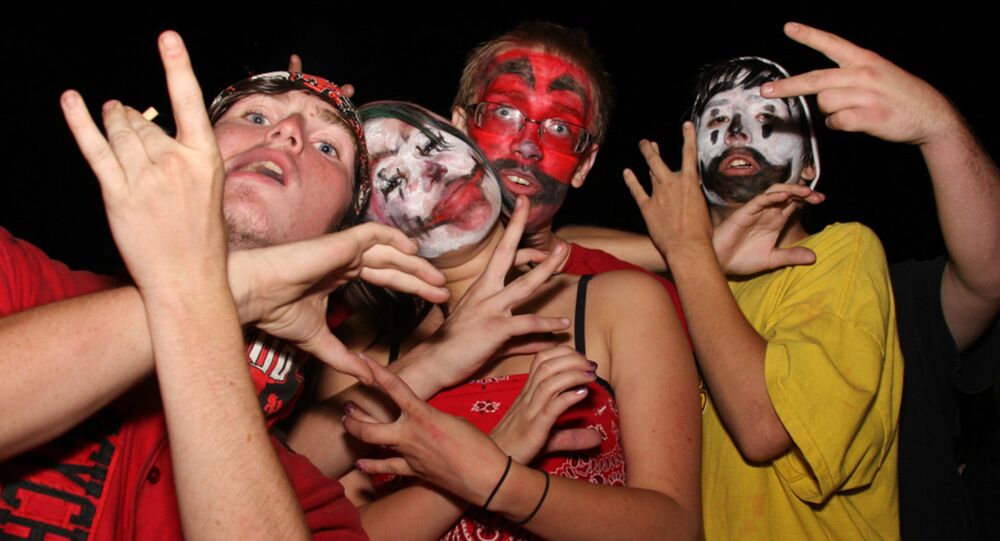 Millions of women have done it, hundreds of thousands of scientists are planning to do it, and now fans of the band Insane Clown Posse have announced that they, too, will march in Washington DC to deliver a message “showing how Juggalos have been unfairly stigmatized and discriminated against.”

"The golden rule for the march participants is this: If you’re not serious about being there, just stay home," the Insane Clown Posse wrote on their website. After the Women’s March on Washington one day following President Donald Trump’s inauguration, perhaps the group thinks they can generate similar support.

The cause promulgated by ICP, however, is far different than the Women’s March. In 2011, Juggalos and Jugalettes were labeled by the FBI and the National Gang Intelligence Center as a criminal street gang, and the group plans to protest what they consider to be a false classification.

"To be sure, this is NOT a party, Gathering of Juggalos, or a frivolous social event," the event organizers said on the FAQ section of their website. The march is intended to be a peaceful demonstration.

According to the Justice Department, Juggalos, a.k.a. Big Money Hustlas, are a “nationwide white gang” involved in increasing levels of criminal activity. In Sheboygan, Wisconsin, the DOJ reported that the gang has an official handbook detailing ranks and duties.

© AFP 2020 / ERIC PIERMONT
Is There Anything He Doesn't Fund? Soros Closely Connected to DC Women's March

The FBI describes the Juggalos as a "loosely-organized hybrid gang" experiencing rapid growth into "many" US communities. "Transient, criminal" Juggalo outfits threaten communities for their "potential for violence, drug use/sales, and their general destructive and violent nature," the FBI notes. Nazi Juggalos also exist, according to a 2011 National Gang Threat Assessment produced by the FBI.

Juggalos filed a suit against the FBI and DOJ for the classification, but the cases were dismissed. While law enforcement officials have identified Juggalos in 21 states, only Arizona, California, Pennsylvania and Utah recognize the music fans as a gang, the threat assessment noted.

Preliminary Report Shows 6.5 Percent in US Aggravated Crime for 2016 - FBI