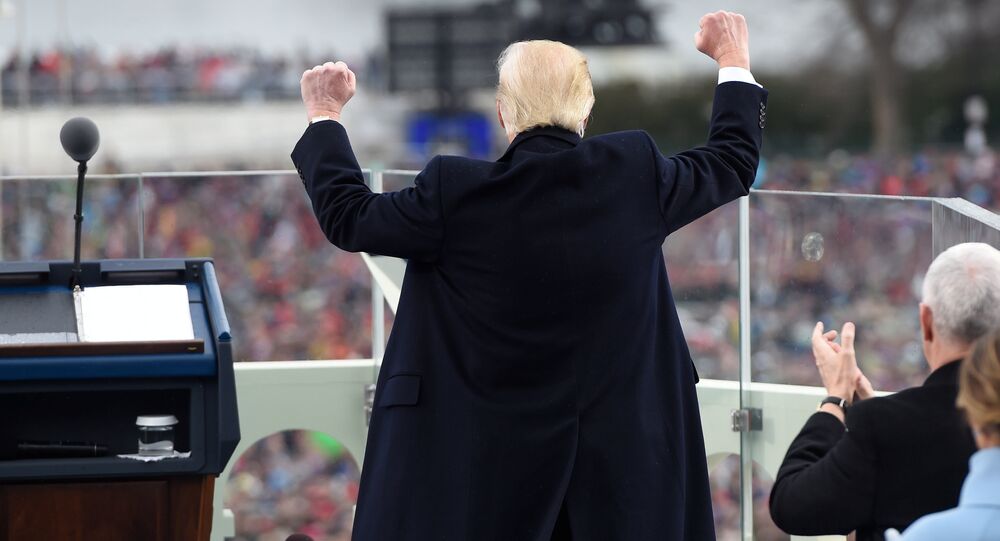 President Trump’s inaugural speech where he reiterated the promises he had made while on the campaign trail sent an encouraging signal to his supporters, the head of the Bosnian Serb Republic’s office in Washington, Obrad Kesic, told Sputnik Serbia.

Kesic said that Donald Trump was the first US president to criticize radical Islam in his inaugural address.

“[His speech] was also a blow to the political establishment, which avoids using the term of ‘radical Islam.’ Trump made it perfectly clear that terrorism and radical Islam go hand in hand, that it is not separate radical groups we deal with but an ideology that must be defeated,” Kesic told Sputnik Serbia.

He added that previous US administrations ignored the close links existing between Saudi Arabia and the so-called “friendly” Islamic states.

© AP Photo / Evan Vucci
Trump’s Inauguration Speech ‘Powerful’, Senior Russian Lawmaker Says
“The United States did this to maintain normal relations with these countries while simultaneously having to fight terrorists in the Middle East financed by these very countries,” Kesic emphasized.

He also mentioned the signal Donald Trump had sent to Europe, which will now have to deal with its problems itself, and that its longtime friend and helper America will now be governed by its own political and economic interests.

“His message to the world, including the Balkans, is that America will no longer meddle in other countries’ domestic affairs and its diplomats will stop being a factor in their political life,” Obrad Kesic said.

© AP Photo / Bilal Fawzi, File
On EU's Doorstep: Radical Islamists Buying Land in Bosnia
“In Bosnia terrorism is a serious threat. We remember the Americans’ failure to adequately respond to the 2011 Wahhabi terrorist attack on their embassy. They called it an ‘incident,’ but I’m sure that from now on the US response to such ‘incidents’ will be much tougher.”

“What is also important is that the United States takes the threat of radical Islam in the Balkans seriously now. We hope that Donald Trump will fulfill the promises he made during his campaign,” Aleksandar Vranjes said.