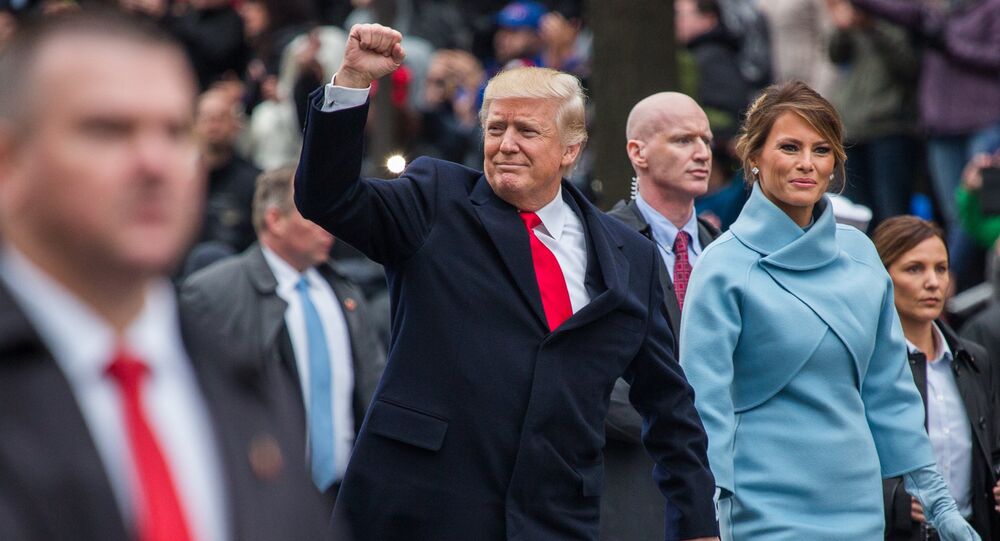 Citizens for Responsibility and Ethics in Washington (CREW) will file a lawsuit against US President Donald Trump on Monday over allegedly receiving of foreign payments in violation of the country's constitution, the ethics watchdog said in a statement.

© AP Photo / Lauren Victoria Burke
US Spy Agencies Probe Trump's National Security Adviser's Ties to Russia
MOSCOW (Sputnik) — On January 11, tax attorney Sheri Dillon said all of Trump's business assets would be put in a trust prior to his inauguration on January 20.

In December, Trump explained he planned to put all his business assets in a trust and hand control of his company to his two adult sons.

"Citizens for Responsibility and Ethics in Washington (CREW) is bringing a federal lawsuit to stop President Trump from violating the Constitution by illegally receiving payments from foreign governments. The lawsuit will be filed in the Southern District of New York when the court opens at 9 AM on Monday [05:00 p.m. Moscow time]," the statement published on Sunday said.

According to CREW, Trump is currently getting "cash and favors" from foreign governments, through guests and events at his hotels, leases in his buildings, and valuable real estate deals abroad.

"Trump does business with countries like China, India, Indonesia and the Philippines, and now that he is President, his company’s acceptance of any benefits from the governments of those countries violates the Constitution," the watchdog said.

No Arrests at Massive DC Protests - Even Trump Approves