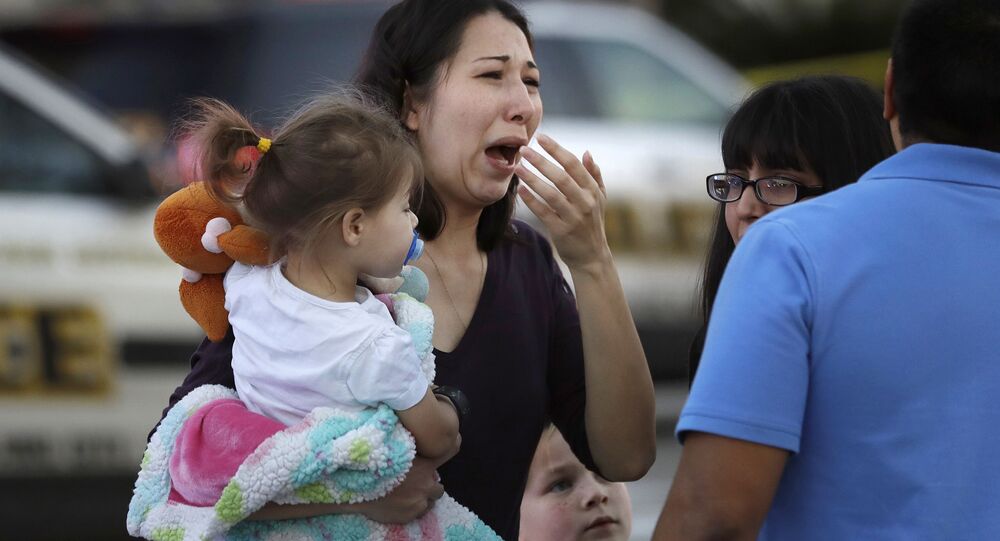 One person has been killed and five injured in an attempted robbery at the Rolling Oaks Mall in San Antonio, Texas.

One suspect is in custody and police are searching for another, the local NBC affiliate reports. The second suspect would seem to be armed.

The attempted robbery and shooting happened at the KAY Jewelers store in the mall, according to a spokesperson for the San Antonio mayor's office. ABC reports that the person who was killed had tried to intervene in the robbery attempt. Others were wounded when a suspect fled through the mall to escape.

"What we have here is a robbery gone really, really bad," a representative of the San Antonio Police Department explained in a video posted on Facebook.

During the attempted robbery, one citizen was shot by a suspect. A second citizen who was licensed to carry a concealed weapon shot the suspect, who was injured and taken into custody. The second suspect then ran through the mall, shooting as he ran. Three additional people were injured by gunshots and two were taken to the hospital with non-gunshot injuries, local media report.

In a Facebook statement, San Antonio Mayor Ivy Taylor said,"Today's deadly shooting at Rolling Oaks Mall is a tragedy for everyone involved and all of us affected. As SAPD and Live Oak Police continue to search for a second suspect, ensure the safety of mall employees and shoppers and clear the scene, I ask everyone to remain calm, vigilant, safe and report any info you may have about the suspect who remains at large."

Police Take in Custody Suspect in Shooting of Florida Officer