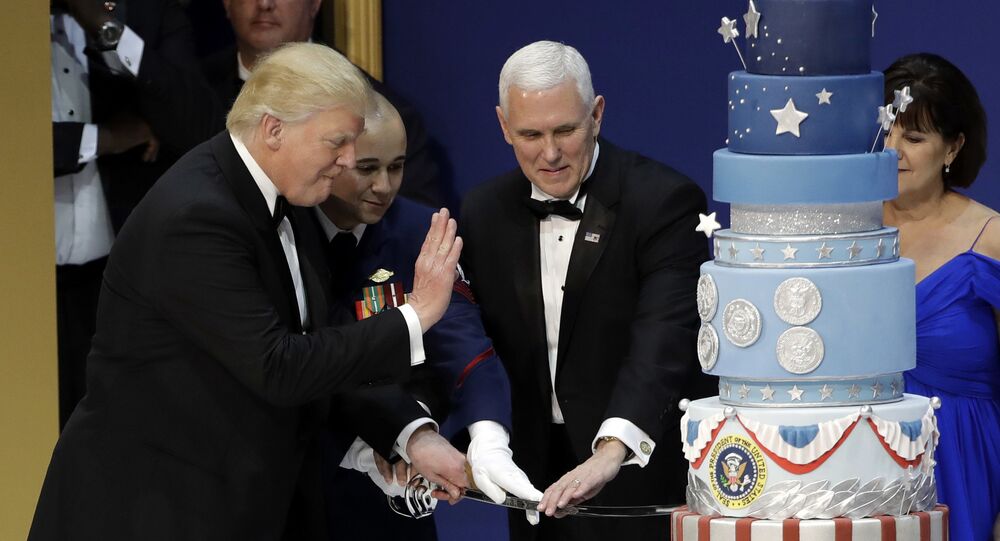 Ace of Cakes star Duff Goldman noticed as he watched Donald Trump’s Inaugural Ball that the president’s celebratory cake was an exact copy of the one he created for Barack Obama’s swearing-in several years ago.

The 42-year-old celebrity pastry chef took to Twitter to share his observation with followers. He posted a photo of the Obama-inspired cake he made in 2013 alongside President Trump's cake, prepared by Buttercream Bakeshop company.

"The cake on the left is the one I made for President Obama's inauguration 4 years ago," the tweet read. "The one on the right is Trump's. I didn't make it."

The cake on the left is the one I made for President Obama's inauguration 4 years ago. The one on the right is Trumps. I didn't make it. 🤔 pic.twitter.com/qJXpCfPhii

​Buttercream Bakeshop admitted that they were asked to do a replica of Goldman's creation but denied that the dessert was ‘plagiarized.'

"While we most love creating original designs, when we are asked to replicate someone else's work we are thrilled when it is a masterpiece like this one," the owner of Washington's Buttercream Bakeshop, Tiffany MacIsaac, explained in an Instagram post, adding all the profits will be donated to a human rights organization.

She told the Washington Post in an interview that the company received the order only a couple of weeks ago, "which is pretty last minute," and that the client insisted on a replica.

The original cake had nine layers, each having a different flavor, and featured stars, stripes, military seals and the presidential seal.

Trump Drops By CIA to Say He's Got Their Back, Then Mostly Complains About Media