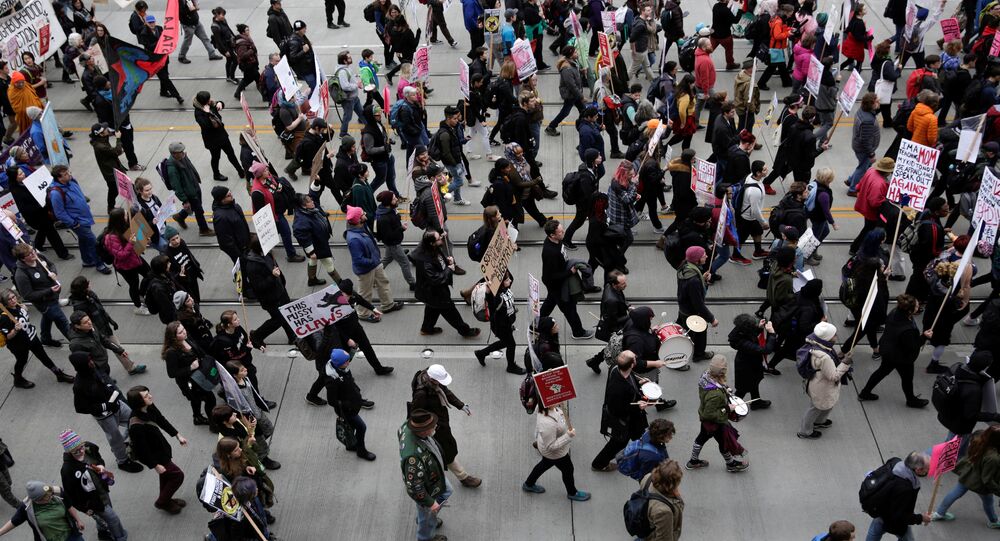 A man was reportedly shot in his stomach during protests near the University of Washington.

MOSCOW (Sputnik) – The man was shot during protests against US President Donald Trump in the north-western US city of Seattle and remains in a critical condition, local Fire Department said.

​According to ABC News, the man was shot in his stomach during protests near the University of Washington.

It is still unclear, who is responsible for the incident.

© AP Photo / Andrew Harnik
Trump Pledges to Work for America’s 'Forgotten' Millions After Taking Office
On Friday, Donald Trump was sworn in as the 45th president of the United States. In his inauguration speech on Friday, Trump reaffirmed his goal to protect US borders, pledged to rebuild the United States and to purchase American goods and employ American citizens.

Anti-Trump protests were held across the United States on Friday. Numerous organizations and groups throughout the United States joined the protests to mark the inauguration of the 45th American president with demands for renewed commitment to the diversity of cultural, political and social values.