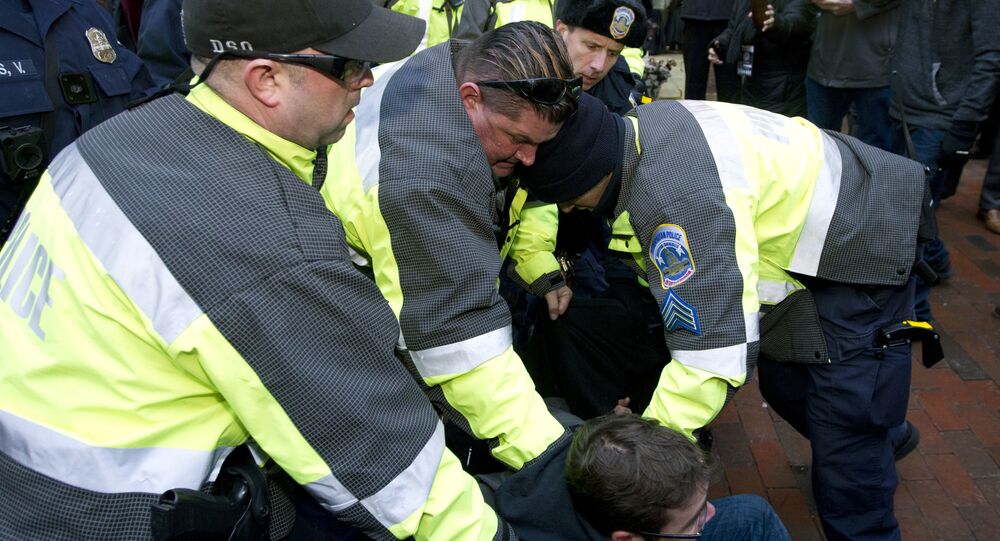 Authorities in Washington, DC arrested over 200 anti-Donald Trump protesters on Inauguration Day who were charged with rioting, Metropolitan Interim Chief of Police Peter Newsham said in a press conference.

WASHINGTON (Sputnik) — A total of 217 people have been arrested.

“The criminal actors involved in the earlier incidents were arrested and charged with rioting,” Newsham stated on Friday.

© REUTERS / Adrees Latif
Police and Protesters Continue to Clash As Night Falls on Trump's Inauguation
Earlier on Friday, anti-Trump protesters lit a limousine on fire on 13th and K Street Northwest, just a few blocks from the inauguration parade route. Law enforcement officers in riot gear dispersed a crowd protecting the inauguration of US President Donald Trump with flash grenades, pepper spray and a rubber bullet.

Some protesters threw items such as bricks at police officers. Newsham added that six Metropolitan police officers sustained injuries during the protests.

Newsham said the violent anti-Trump demonstrations on Friday were unusual for the area and he believes the people who invoked the violence are not from the city.