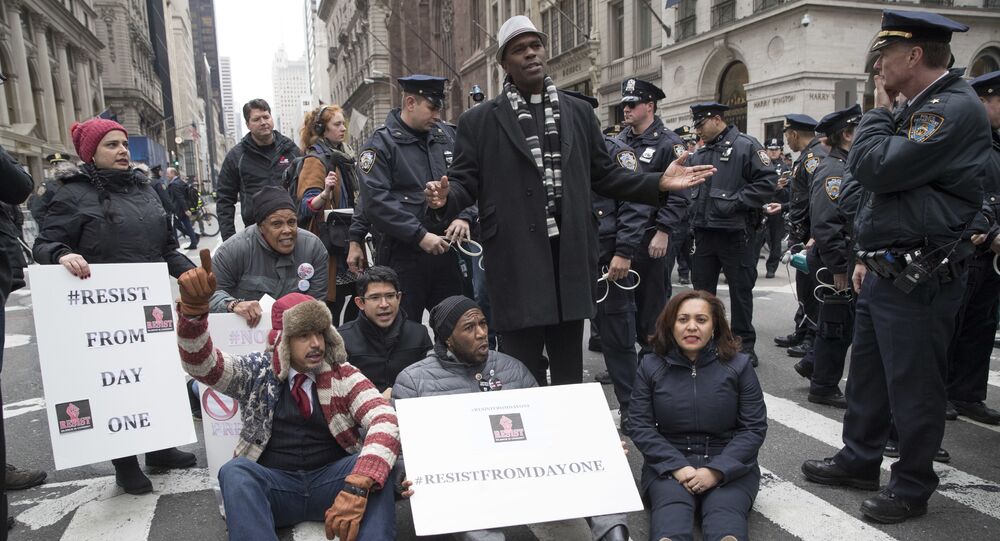 Thousands of people took to the streets, rallied and marched to Trump Tower on Wall Street in Manhattan the day of the US presidential inauguration.

NEW YORK (Sputnik) — A non-violent demonstration was organized by New York's branch of Democratic Socialists of America on Friday, the largest socialist organization in the United States with around 12,000 members.

© Sputnik /
Protesters Set Car On Fire Just Blocks From Inaugural Parade (PHOTOS)
The group estimated on its Facebook page that the rally drew nearly 5,000 protesters, while some media outlets estimated that up to 11,000 people were involved.

Protesters began gathering on Foley Square in Downtown Manhattan around 5 p.m. (11 p.m. GMT), with the intention to march down to Trump Tower on Wall Street in the next hour.

On Friday, numerous organizations and groups throughout the United States joined forces to mark the inauguration of the 45th American president with demands for renewed commitment to the diversity of cultural, political and social values.

Law Enforcement in Washington Prepared for Clashes With Inauguration Protesters