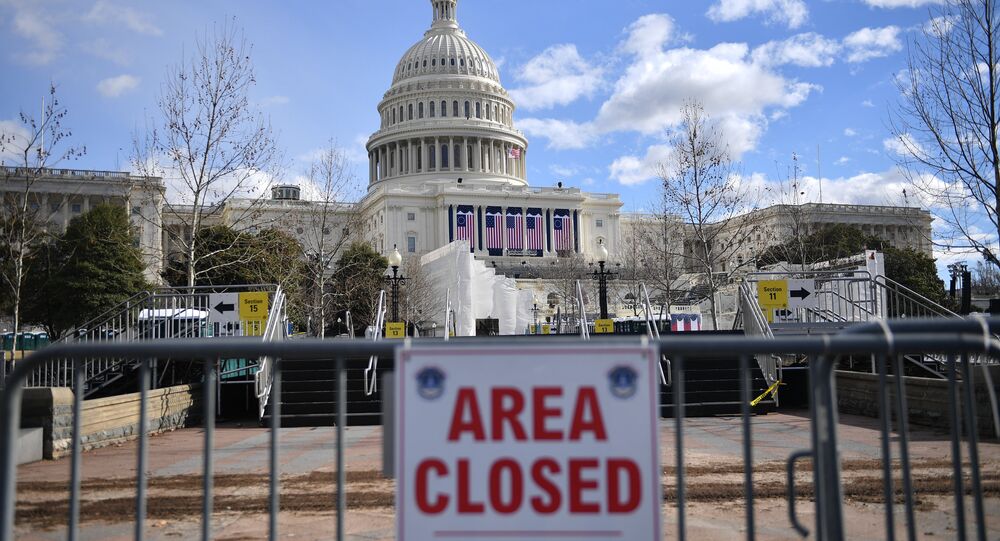 Speculation published by CNN that US President-elect Donald Trump and his running mate Mike Pence might be assassinated on Inauguration Day is highly irresponsible, former US government officials told Sputnik.

WASHINGTON (Sputnik) — CNN has released a report outlining the possible consequences of assasination of both President-elect Donald Trump and Vice-President-elect Mike Pence on the Inauguration day.

"Anybody who is talking about a scenario… is beyond in fantasy. That is pure, insane talk," former Department of Homeland Security (DHS) official Justin Russell said on Thursday. "Any talk of there being any Armageddon scenario being spoken about for tomorrow’s events is pure fantasy."

Russell explained the enormous security precautions undertaken by the US federal government and local police would ensure a peaceful transfer of power from outgoing President Barack Obama to Trump.

"Between the resources of the Department of Homeland Security, the Department of Defense, local and state law enforcement that are supporting this effort, this is a continuation of 55 inaugurals where the peaceful transition of power has happened without violence," he stated.

© AP Photo / David J. Phillip
With Fireworks and Music Trump Arrives in DC on Eve of Inauguration (PHOTOS)
Russell pointed out his own experience of being involved in arranging security precautions for such events in the past left him fully confident that the inauguration would not be marked by violence or serious disruption, let alone any assassination.

"Trust me: knowing what I know, I am more likely to be sworn in as president than that scenario happening," Russell added.

Former foreign policy adviser to the Senate Republican leadership Jim Jatras said media reporting of ill-founded speculation about possible attempts to assassinate the incoming US president were a natural outgrowth of the concerted efforts to delegitimize him and deny his election victory.

"It wasn’t enough that ‘Not My President’ demonstrations started immediately after the election, that efforts were made to suborn Electors’ votes, and that unsubstantiated claims of ‘Russian hacking’ became a pretext for declaring Trump illegitimate and boycotting his Inauguration," he said.

Jatras said the CNN report reflected deep-seated prejudices and emotions held by many in the US corporate mainstream media.

"Now Trump’s media opponents have to fantasize — or maybe hope for?— a more extreme ‘solution’ to what they regard as an unacceptable choice by the doltish, deplorable American people," he cautioned.

It was a mistake to ignore the CNN report and view it isolation of the extreme efforts to delegitimize Trump, Jatras warned.

"I take such speculation with deadly seriousness. Trump has been subjected to the most extreme defamation campaign directed against one man in history. When character assassination fails, maybe next is political assassination in the form of impeachment, about which there is already some talk," he noted.

© AFP 2021 / ON EMMERT
Trump Vows to Unify US, Make Inner Cities Great Again
The many enemies Trump had successfully defied so far could go to the extreme of making attempts on his life, Jatras worried.

"When character and political assassination fail, the next logical step is physical… He threatens to take away the slop bucket from too many dangerous people. On top of demonizing him, scenarios about killing him are a way to make the ‘unthinkable,’" he said.

US Mayors Coordinate Actions to Protect Rights Under Trump Presidency