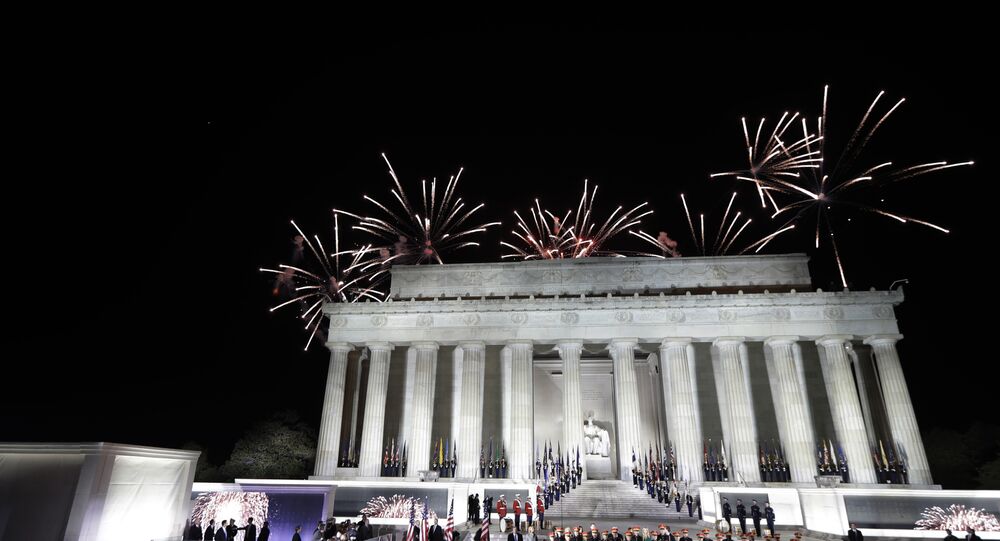 Against the backdrop of the Lincoln Memorial, fireworks lit up the night sky in Washington on the eve of President-elect Donald Trump’s inauguration.

Three days of inauguration festivities kicked off Thursday, with a concert featuring a speech by actor Jon Voight, and performances by Toby Keith and Lee Greenwood.

​Voight spoke of divine providence, remarking, "This is some day, dear friends…(after) a parade of propaganda that left us all breathless with anticipation, not knowing if God could reverse all the negative lies against Mr. Trump."

At the end of the Make America Great Again! Welcome Celebration event, Trump said, "There’s never been a movement like this, and it’s something very special," promising what he considers to be the disaffected elements of American citizenry that form his support base, "You're not forgotten any more."

​The music and pageantry was punctuated by a red, white and blue fireworks display that spelled out "USA".

Trump, accompanied by his wife Melania, made his way to Washington from New York Thursday morning, saluting the Air Force officer that greeted him when stepped off the plane outside Washington at Joint Base Andrews.

Later that afternoon the real-estate magnate spoke at a luncheon hosted in the ballroom of his Washington DC hotel, reassuring the audience of his relationship with Republican lawmakers. "I just want to let the world know we're doing very well together,” he commented. He then boasted that his Cabinet picks had "by far the highest IQ of any Cabinet ever."

​Trump’s Vice President Mike Pence tweeted that the day before the inauguration was "a momentous day before a historic day…We are all ready to go to work. In fact, we can't wait to get to work for the American people to make it great again."

Putin, Obama Have No Plans for Contacts on Trump's Inauguration

Here's How the Trump Presidency Will Play Out