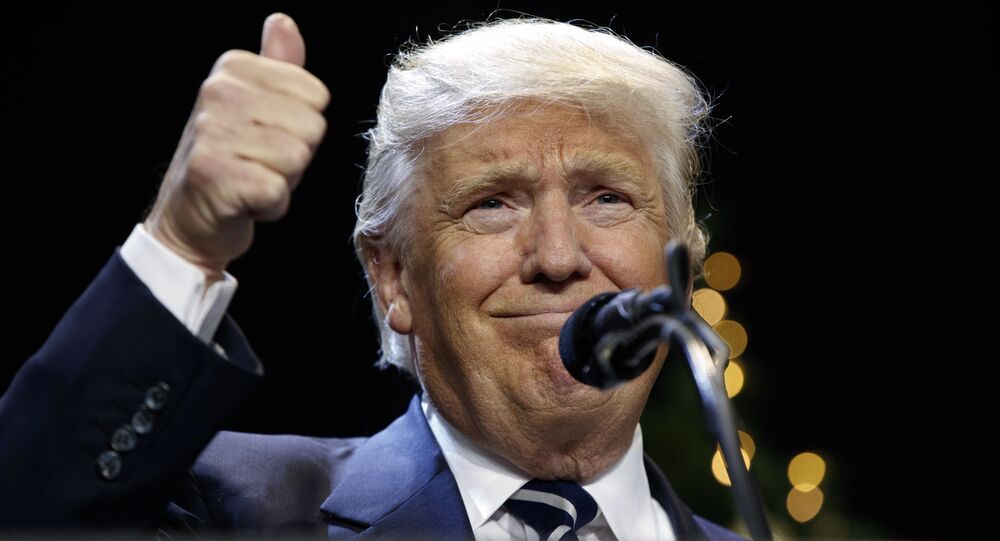 US President-elect Donald Trump may start off his administration with a bang, following reports of massive budget cuts to vital US agencies on Friday, when he is sworn into office.

Four or five agencies could be significantly scaled back, including the State Department, the chief diplomatic center through which Washington communicates with foreign leaders. "He’s got a few of them, probably in the area of four or five, that we’re looking at for Friday," Trump spokesman and incoming US Press Secretary Sean Spicer said in a news conference on Thursday. Other agencies rumored to see reduced funding include the Departments of Commerce, Justice, Energy, and Transportation.

Trump’s team has been in talks with current White House staffers to pinpoint departments the President-elect wants to put on the chopping block, The Hill reported Thursday. Trump’s roadmap purportedly slashes $10.5 trillion in federal spending over the next decade, according to sources. Until specific details are put forth for public scrutiny, however, analysts remain skeptical.

Previous estimates by the Committee for a Responsible Federal Budget show that Trump’s proposed health care policies would actually add $5.3 trillion to the national debt, so perhaps the first round of cuts will offset some of his other spending plans. That report also demonstrated that Republican initiatives aimed at repealing Obamacare would strip some 20,000,000 US citizens of health care coverage, FierceHealthcare reported.

The first programs said to be axed include the Corporation for Public Broadcasting (CPB), a private non-profit organization receiving about $445 million from federal coffers annually, according to watchdog Media Matters. Though it’s legally classified as a private organization, the CPB “receives virtually all of its funding through federal appropriations,” according to a 2016 Congressional Research Service brief. Since its inception, the organization has instituted National Public Radio, a popular radio and news service, in addition to Public Broadcasting Service, a TV channel, the brief notes. Trump’s proposed cuts would privatize the CPB, The Hill notes.

Other cuts are said to target the National Endowment for the Humanities and the National Endowment for the Arts. The NEH and NEA each requested a 2017 budget of $149.8 million. Combining the federal appropriations allocated toward the three programs Trump wants to cut, then, would be about $775 million annually. Assuming these budgets remained stable over the next ten years, federal spending would decline $7.75 billion during that time period, only about 7 percent of the $10.5 trillion promised.