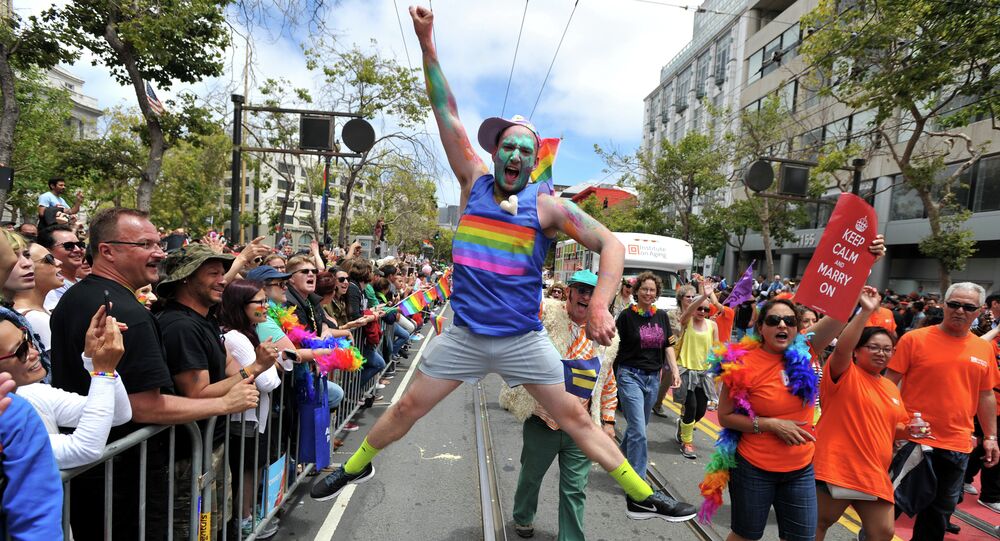 The progress that has been made in the United States on the issues of Lesbian, Gay, Bisexual, Transgender (LGBT) persons is likely irreversible, US President Barack Obama said in his final press conference.

WASHINGTON (Sputnik) — Obama made a row of comments on LGBT issues during his last press conference as the US President.

“I could not be prouder of the transformation that’s taking place in our society just in the last decade,” Obama stated on Wednesday. “I don’t think it is something that will be reversible because American society has changed, the attitudes of young people in particular have changed.”

Obama pointed out that the advancement on the matter would not have happened without transformation in the society and the activism of people.

“I think we’ve made some useful contributions to it but the primary heroes in this stage of our growth as a democracy and a society are all the individual activists, and sons, and daughters, and couples who courageously said this is who I am, and I am proud of it. That opened people’s minds, and opened their hearts, and eventually was caught up,” the President explained.

© REUTERS / Joe Raedle/Pool
Over 400 Attend Anti-Trump Town Hall Meeting at LGBT Center in New York City
Obama noted that what his administration did was helping the society ‘to move in a better direction.”

On November 8, Donald Trump won the US presidential election by gaining a major electoral lead over his rival, Democratic candidate Hillary Clinton.

Trump’s inauguration will be held on January 20 on the steps of the Capitol in Washington, DC. The ceremony is expected to gather two to three million people.