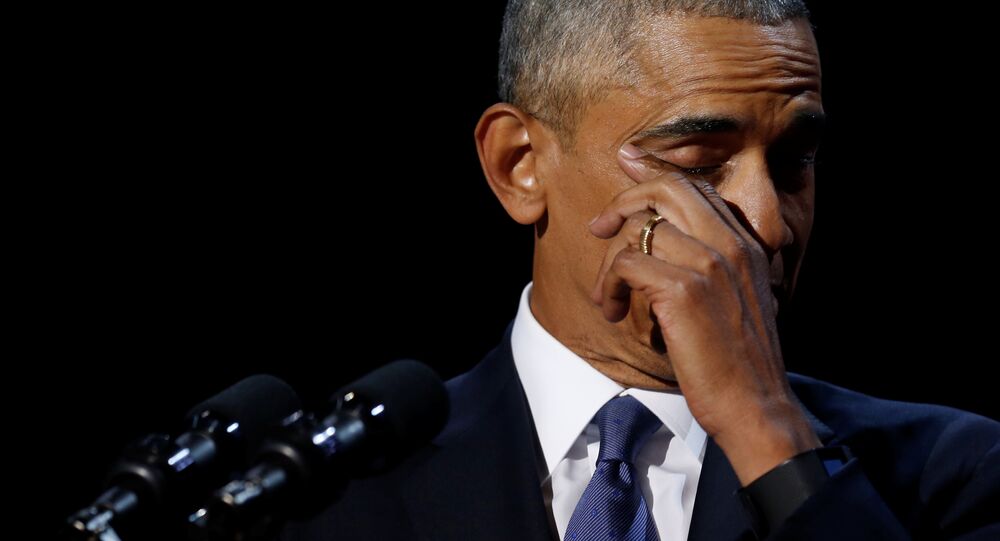 Obama Does Not Expect 'Enormous Overlap' With Trump on Most Policies

US President Barack Obama said in a final press conference on Wednesday that he does not anticipate that President-elect Donald Trump would pursue a lot of policies implemented by the previous administration.

WASHINGTON (Sputnik) — Obama stressed that it is appropriate for Trump to pursue his own agenda while governing the country.

"My working assumption is that having won an election opposed to a number of my initiatives and certain aspects of my vision of where the country needs to go, it is appropriate for him to go forward with his vision and his values. I don't expect there is going to be enormous overlap," Obama stated.

© AP Photo / Andrew Harnik
Outgoing US President Obama Holds Last Press Conference
Obama expressed hope that when Trump takes over the office, he would realize the complexity of certain issues and may agree with the previous administration on some policies, including the healthcare reform.

Obama also noted that a lot of Trump's views would be shaped by his cabinet and his senior White House staff.

Regarding his career, Obama said that he would not run for a US political office in the near future.

"I did not mean that I was going to be running anytime soon," Obama stated when asked about his statement on possibility of coming back to the US political arena. "What I meant is, it is important for me to take some time to process this experience we have gone through."

Obama added that as a citizen, he would stay involved in following US policies domestically and internationally.