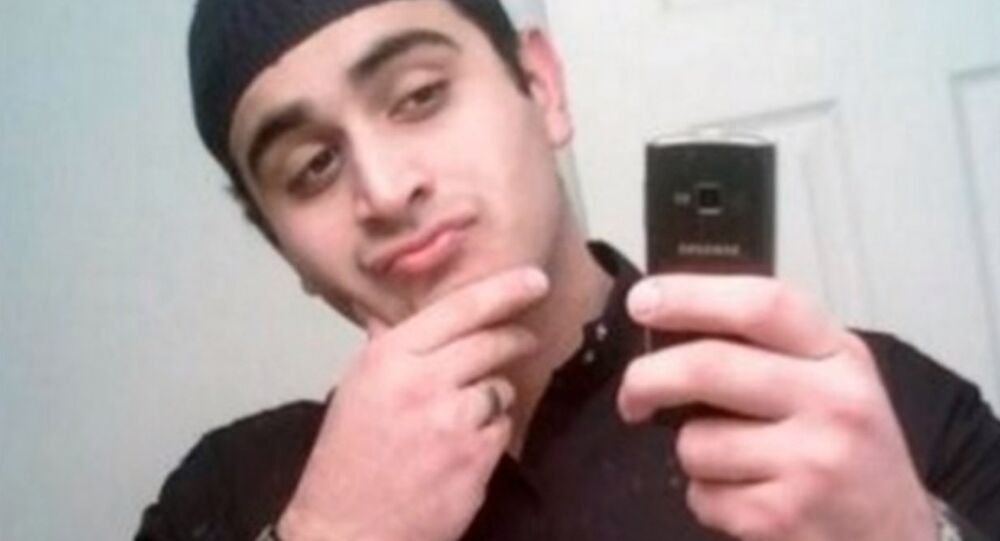 The wife of Omar Mateen, who killed 49 people at an Orlando nightclub in June, has been arrested by the FBI.

Noor Salman was arrested in Rodeo, California, where she has been living, according to reports, and is due to appear in federal court in San Francisco on January 17.

She is charged with obstructing the investigation of the mass shooting and aiding and abetting by providing material support, the New York Times reports.

Mateen, the perpetrator of the deadliest mass shooting in US history, was killed inside the club after a standoff of several hours. While on the phone with the police, he pledged allegiance to the Daesh terrorist group and called his attack revenge for US airstrikes.

Salman, who married Mateen in 2011, was questioned at length after the attack.

In a November interview with the New York Times, Salman said that Mateen had been violent toward her during their marriage, and that she was "unaware" of anything connected with the attack. The Tampa Bay Times reports that she filed a petition in California court last month to change the name of her son by Mateen.

Officials told CNN that Salman's claims that she was coerced into silence through Mateen's abuse didn't stand up to scrutiny, and that there is evidence she was complicit and knew her husband was going to commit a crime.

"I am glad to see that Omar Mateen's wife has been charged with aiding her husband in the commission of the brutal attack on the Pulse nightclub," Orlando police Chief John Mina told CNN.

"Federal authorities have been working tirelessly on this case for more than seven months, and we are grateful that they have seen to it that some measure of justice will be served in this act of terror that has affected our community so deeply."

In addition to the 49 killed, 53 people were injured in Mateen's attack on the popular gay nightclub, Pulse.