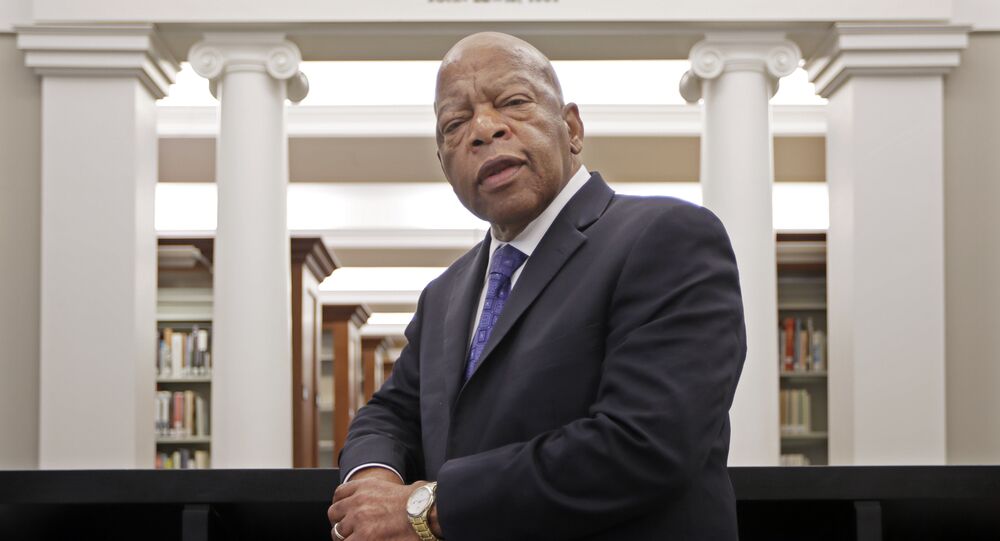 After Representative John Lewis said he doesn't consider President-elect Donald Trump to be a "legitimate president," Trump hit back over Twitter. Now, lawmakers are taking their colleague's side and dropping out of Trump's inauguration.

Speaking with NBC's Meet the Press, Lewis, a key figure in the US civil rights movement, said working with Trump would be hard because "I don't see this president-elect as a legitimate president."

"I think the Russians participated in helping this man get elected. And they helped destroy the candidacy of Hillary Clinton," he said. "I don't plan to attend the inauguration… You cannot be at home with something that you feel is wrong."

Lewis also said he felt there was a "conspiracy" headed by Russia to bring Trump to power.

The president-elect responded over Twitter, telling Lewis to focus on his own "crime infested" district.

"Congressman John Lewis should spend more time on fixing and helping his district, which is in horrible shape and falling apart (not to mention crime infested) rather than falsely complaining about the election results," he said. He also called the congressmen, who was one of the original Freedom Riders and helped organize the 1963 March on Washington, "all talk."

Residents of Lewis's district, which covers a lot of the city of Atlanta, have been challenging Trump's characterization of their home on social media, as have local media.

Now, the list of Congressional representatives who don't plan to attend the inauguration has grown. According to CNN, at least 15 Democrats in Congress are planning to boycott the inauguration. Several of them made the decision today as a result of Trump's spat with Lewis, and are calling on him to apologize.

Yvette Clarke, a representative from New York, said "When you insult [John Lewis], you insult America."

California Representative Mark Takano is also planning to boycott the Trump's official taking of the reins of power over his comments to Lewis.

Ted Lieu, a Democratic representative from California, will also not be in attendance.

"I can only hope that Trump will govern differently than he has campaigned. For me, the personal decision not to attend Inauguration is quite simple: Do I stand with Donald Trump, or do I stand with John Lewis? I am standing with John Lewis," he said in a January 14 statement.

Lieu had previously said he would be skipping the event to do military reserve service, Mic.com reports.

Ahead of Inauguration, ‘Don’s Johns’ Signs on Porta-Potties Covered