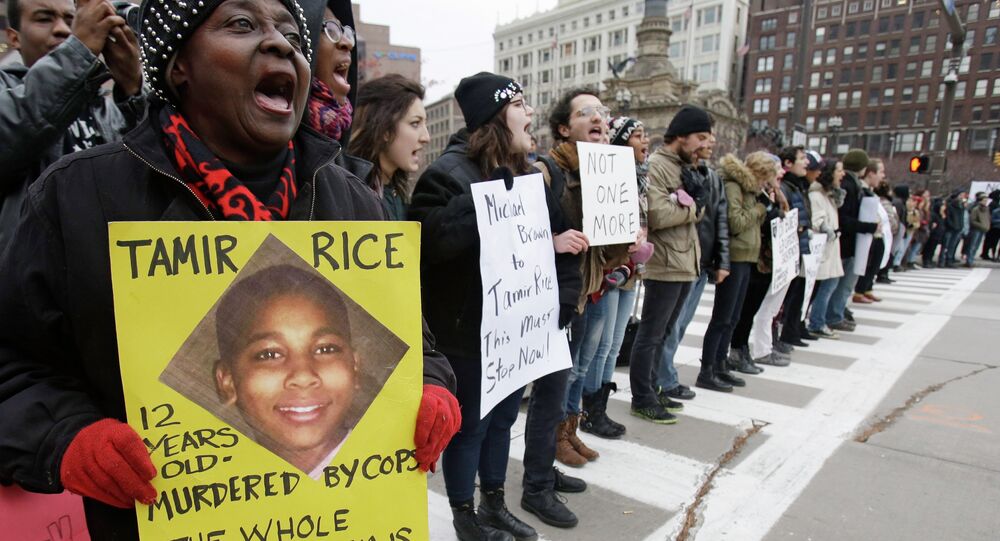 Mayor Frank Jackson’s Office of Communication said that three Cleveland police officers involved in the fatal shooting of 12-year old Tamir Rice will have administrative charges filed against them.

"As a result of the investigation conducted by the Integrity Control Section, the Quality Control Office and the Critical Incident Review Committee, administrative charges were recommended," the release stated on Friday. "Chief [of Police Calvin] Williams reviewed the findings and determined that the rule violations discovered during the investigation reached the level to be forwarded to the Safety Director’s office for an Administrative Hearing for final determination."

On November 22, 2014, Cleveland police shot Rice dead as he was removing a pellet toy gun from his waist outside a recreation center where he played, reportedly to show it was harmless. Rice’s killing was recorded on video that was later released and caused widespread condemnation and protests throughout the United States.

In 2015, a Cuyahoga County grand jury refused to indict the officers involved in Rice’s murder, while prosecutors argued the killing was not criminal because the police could not tell if the gun was real.

Following the decision, the city of Cleveland started an administrative process against the officers by creating a review committee to look at the circumstances of the incident.