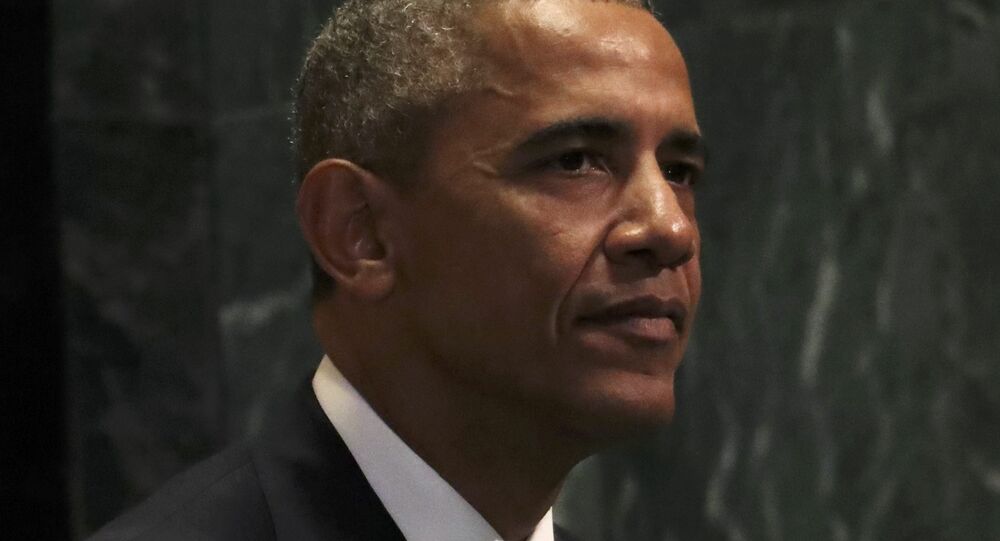 Barack Obama said that the United States will be unmatched by the likes of Russia and China so long as it continues to abide by the principles of the US Constitution.

WASHINGTON (Sputnik) — The United States will be unmatched by the likes of Russia and China so long as it continues to abide by the principles of the US Constitution, President Barack Obama said during his farewell address in Chicago.

“Rivals like Russia or China cannot match our influence around the world — unless we give up what we stand for, and turn ourselves into just another big country that bullies smaller neighbors,” Obama stated on Tuesday.

If respect for the rule of law begins to diminish around the world, the likelihood of war within and between countries increases, eventually threatening the freedoms of the United States, Obama explained.

US-Russian relations soured after Washington accused Moscow of meddling in Ukraine’s affairs in 2014. The government in Kiev launched an operation in eastern Ukraine to defeat pro-independence militias in April 2014, a month after almost 97 percent of Crimea’s population voted in a referendum to reunite with Russia, prompting sanctions from the United States and its allies, who called it an annexation.

Russia to Launch Fewer Spacecraft in 2016 Than US, China for First Time