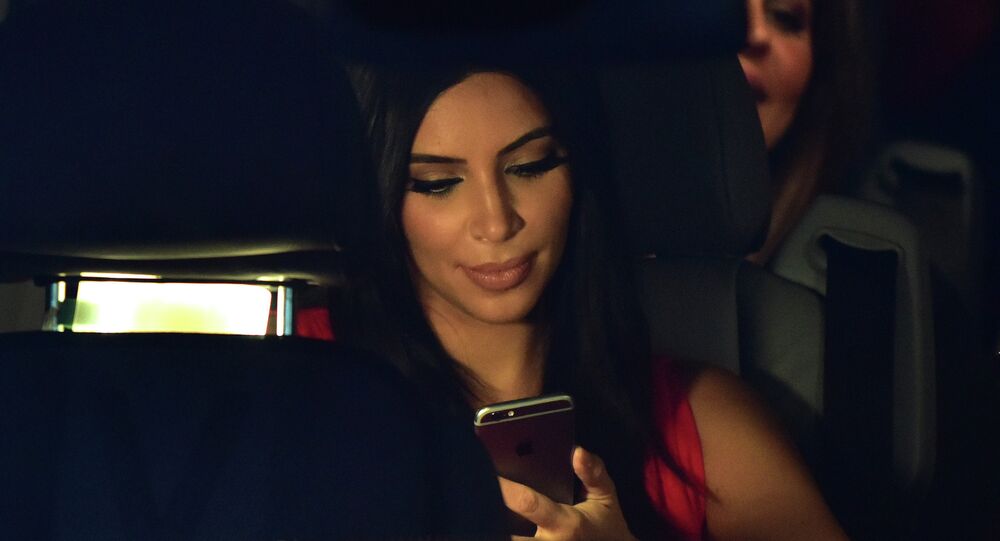 Kim Kardashian Robbery an ‘Inside Job’

A robbery of over $10-million worth of jewelry from intentional celebrity Kim Kardashian in Paris in October 2016 could have been an “inside job,” according to French police officials.

© AFP 2021 / KAREN MINASYAN
Belgian Man 'Accidentally' Appears in Photos With Trump, Kim Kardashian, Eminem
At least 17 people have been taken into custody in connection with the robbery in Kardashian's rented apartment in the French capital in October 2016. On October 3 Kardashian's husband Kanye West abruptly interrupted a performance and left the stage citing a "family emergency." The emergency turned out to be his wife, Kardashian, who had been held at gunpoint and robbed in her apartment. The robbers took a 20-carat diamond ring worth some $4.5 million and a $5.6 million jewel box. They stole the celebrities' cell phones, too.

Three months later, police have come to a preliminary conclusion that it could have been someone close to Kardashian who committed the crime. Three Paris officials have, on terms of anonymity, confirmed that Kardashian's driver on the night of the robbery, as well as the driver's brother, were among those in custody.

According to officials, both Michael Madar, 40, and Gary Madar, 27, who work for the same company, have been detained, although police are not sure which of the two brothers chauffeured Kardashian on the night of the robbery. An investigating judge may travel to the United States to discuss missing pieces of the puzzle with the public figure, according to a judicial official.

On October 3 two armed and masked men dressed as police officers broke into the building where the celebrity couple had rented an apartment, handcuffing and intimidating the concierge to gain access to Kardashian‘s flat. They bound and gagged the woman, and stole $10-million worth of  jewelry while holding her at gunpoint, before fleeing.

The reality publicity-seeker was "badly shaken but physically unharmed," according to October 2016 media reports. Later, during a reality show, she gushingly claimed that she thought at the time, "They're going to shoot me in the back. There's no way out."

Police have detained 17 people, aged 23-72, some known to have committed crimes. Several weapons and at least $140,000 was found during the searches, according to police reports.

The detained suspects must be freed before Friday, unless they are charged with a crime, according to French law. However, the judicial official who spoke to the media did not deny that some may be let go earlier.

'Russian Kim Kardashian' Ready to Break the Internet All Over Again